Bulker rescues four from sailing boat in the Atlantic Ocean 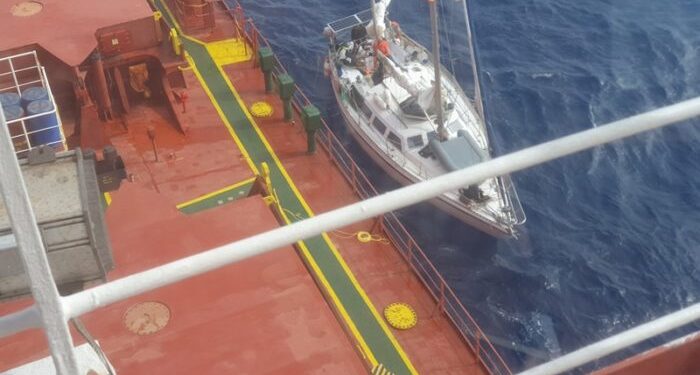 On January 10, the Captain and crew of the M/V Sunda, recovered from the middle of the Atlantic Ocean, a skipper along with a family of four members because of engine malfunction of their sailing boat.

Sunda contacted the sailing boat through VHF radio and found out that everything was fine with the crew, only they were tired. They agreed to delay the rescue for the next morning due to inclement weather. Shortly after, the ship made the first visual contact with the boat, and it stayed nearby all night in case of an emergency.

The rescue operation started the next morning, aiming to bring the survivors aboard. At first Sunda experienced difficulties because of poor weather conditions, but the yacht and the bulker finally managed to align well enough to get a line across, and the boat was alongside the accommodations ladder.

With all four people safely aboard, the Sunda got under way once more, bound for Brazil. The yacht was left behind.

The passengers departed at the port of Macapa. From there the ship continued its commercial voyage, and berthed at the riverine Port of Santarem.