Titanic shipwreck protected by UK and US treaty 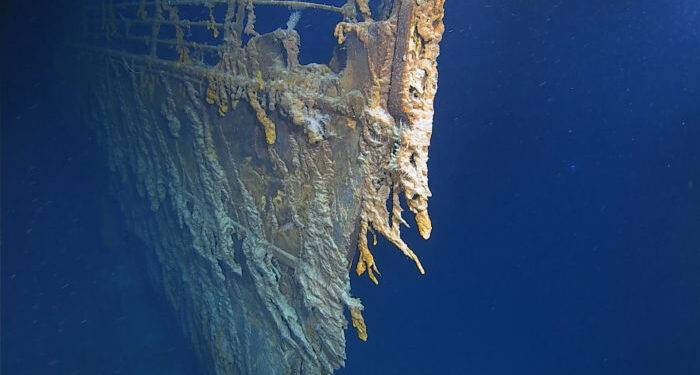 The most popular underwater shipwreck, “RMS Titanic” will be from now on protected under the international treaty between the United Kingdom and the United States. According to the U.K.’s Maritime Minister Nusrat Ghani, both sides passed legislation which allows them to grant or deny licenses to enter the hulls of the wreckage and remove artifacts found outside.

Although several countries have been negotiating for an international treaty agreement for the wreck’s protection since 1986, the treaty was finally inked by the UK and US in 2003 and now is coming into force, after the ratification by the US Secretary of State, Mike Pompeo at the end of the previous year.

In fact, the UK and the US will now be responsible for granting permits to those wishing to visit the wreck and remove artefacts, while further boost the basic level of protection for Titanic, which was previously under UNESCO’s protection but without an explicit legislation.

This momentous agreement with the United States to preserve the wreck means it will be treated with the sensitivity and respect owed to the final resting place of more than 1,500 lives. The UK will now work closely with other North Atlantic States to bring even more protection to the wreck of the Titanic.

…said Nusrat Ghani during her visit in Belfast, where the ship was built.

Moreover, the U.K. will play a major role in protecting the wreck, while encourage other North Atlantic countries, like France and Canada to join the agreement, in order to ensure even more protection for the wreck.

Lying two and a half miles below the ocean surface, the RMS Titanic is the subject of the most documented maritime tragedy in history.

For the records, Titanic set sail on its maiden voyage from Southampton on April 10, 1912.

On April 15, 1912, after striking an iceberg, the ship broke apart and sank to the bottom of the ocean taking with it the lives of more than 1,500 passengers and crew.

The wreck of the Titanic was discovered in September 1985 approximately 350 nautical miles off the Canadian coast of Newfoundland, two and a half miles below the ocean surface.