by John Dolan
in Opinions, Shipping 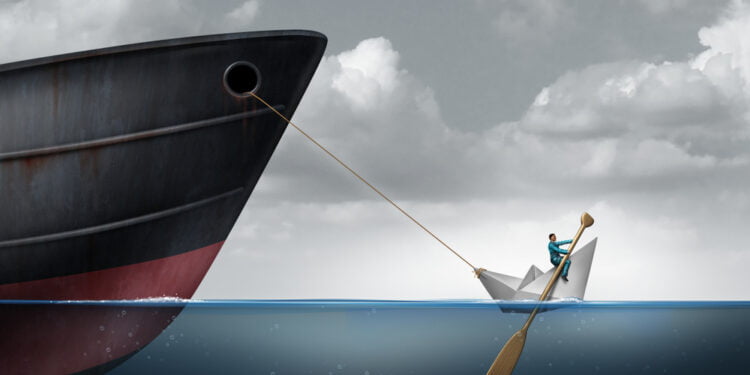 Capt. John Dolan, Deputy Director of Loss Prevention at the Standard Club looks at supply chain demand and the growth of the container shipping market and its impact on claims

The impact of COVID, the rebooting of economies and surging consumer demand has seen container shipping in the headlines throughout 2021. Lack of space, increasing demand and port congestion globally has seen vessel delays and soaring freight rates. Container line operators are reporting significant profits and tonnage providers have enjoyed high charter rates. Spot and contract rates are way above pre-pandemic levels and continue to escalate- the analyst Drewry expects rates in Q4 to be 126 percent more than that in Q3 of 2021. This increase is expected to continue as the supply chain crunch is still in the ‘recovery’ phase. 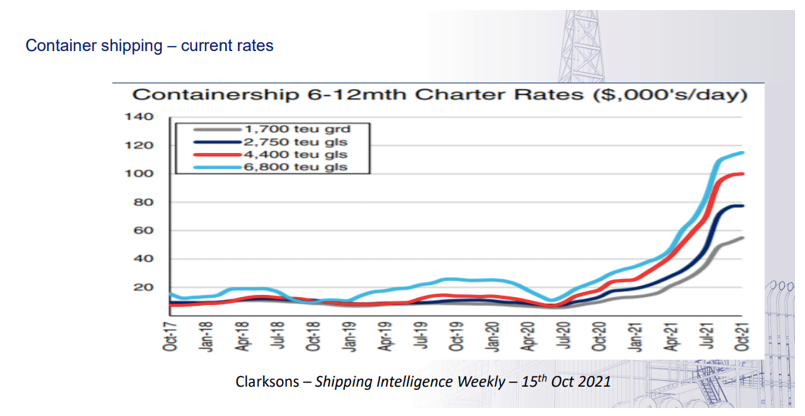 The breakdown in the supply chain has turned ports into parking lots for ships and containers. The lack of available containers has in turn led to the soaring rates, but the growth in goods that need to be transported hasn’t slowed down. Carriers have responded to this appetite by going bigger.

Container ships have evolved over time both in size and carrying capacity- a natural consequence of growing populations, affluence and thriving economies. In 2006 the 11,000 TEU Emma Maersk was the world’s largest. Today the 2021 built 24,000 TEU HMM Algeciras is not the only 20,000 + TEU vessel trading.

As fleet size and ocean traffic increases, it is inevitable that technical and safety challenges will move in tandem with the growth, especially with ultra large container vessels. There are primarily four areas of concern from the ship owner’s and insurer’s perspective. These are mis-declared cargoes, fire, navigation and container losses at sea.

Over 220 million TEU of containers are shipped each year: of these about 10% contain dangerous goods. Transport and logistics insurer the TT Club estimates that there could be a further 5% of mis-declared or undeclared cargo. This makes it highly likely that a good number of containers on ships are carrying dangerous goods and shippers are faced with the risk of explosions and fires. Some of these goods include calcium hypochlorite, activated charcoal, carbon briquettes and lithium-ion batteries.

Calcium hypochlorite is used extensively around the world in water purification and is also used widely in swimming pools. It is a fairly inexpensive chemical but the cost of transporting the chemical itself can be expensive. Charcoal, activated charcoal and lithium-ion batteries used in mobile phones are highly combustible and are classed as dangerous goods as well. Goods are mis-declared for a variety of reasons, the main one being to avoid International Maritime Dangerous Goods (IMDG) restrictions and incurring any additional costs for the carriage of dangerous goods, and to bypass carrier restrictions.

The danger of a fire and loss of not just cargo, but lives on board a vessel, makes it vital for carriers to be fully aware of what they are transporting. The Cargo Incident Notification System (CINS) that was established in 2011 helps to mitigate possible risks. This is done by capturing incidents in the extensive database and making appropriate recommendations, highlighting risks posed by certain cargoes and publishing guidelines for the carriage of calcium hypochlorite and other dangerous goods. There has been a steady increase in claims caused by fires (refer to graph).

Navigation and container losses at sea

The world’s oceans are filled with uncertainties and adversity. Some of the issues that crew are faced with are beyond their control, such as adverse weather conditions. However, having well-trained crew is crucial to avoiding incidents and accidents in situations such as ship handling as the vessel approaches a berth in difficult weather conditions. An experienced bridge team at the helm is crucial to preventing accidents, as is effective communication with the pilot.

The use of technology and sensors is paramount to safer voyages and preventing accidents. Crew fatigue is one of the main reasons for accidents. The maritime industry lags behind other industries such as aviation in the use of technology. The use of VSAT technology, which took off about two years ago, helps open communication channels and Artificial Intelligence (AI) can be employed to prepare for crowded ports, adverse weather conditions and poor visibility. There are technologies which can tap into a ship’s existing sensors. With the addition of thermal cameras and the use of AI, the ship itself can be turned into a sensor that will be able detect hazards for crew in real time.

Another issue that plagues the container shipping industry is the loss of containers at sea- mainly due to bad weather. There has been six such incidents in a span of five months from November 2020 to March 2021. Some examples include the loss of about 2,000 containers from the ‘ONE APUS’ in the Pacific Ocean in November 2020 and the loss of about 750 boxes while the Maersk Essen was sailing from China to Los Angeles. In both instances bad weather was to blame.

As vessel size has increased over the years, so have International Group (IG) pool claims- in tandem with the growth in vessel carrying capacity. 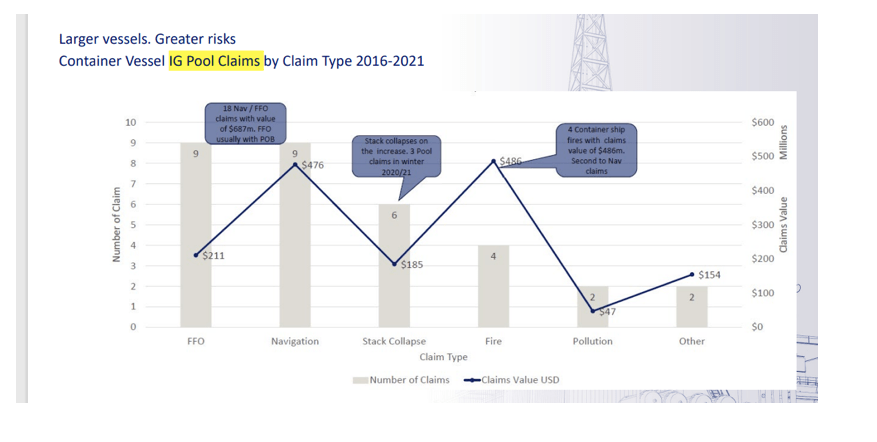 The 13 Clubs that make up the IG insure about 90 % of the world’s ocean-going tonnage. The Clubs are competitive in their own right, but they share the large loss exposures and address the needs of shipowners’ liabilities through pooling and reinsurance facilities. As the container shipping sector has grown exponentially, there have been increased risks for ship operators and insurers.

Some of these risks include shipowners being asked to carry containers either on deck and/or inside holds on ships. This is often on bulk carriers that are not designed for this purpose. Stack collapses or container losses overboard are some of the issues shipowners may face.

Furthermore, crew on such vessels may be unfamiliar with the carriage of containers and may not be equipped with the knowledge and know-how for a safe voyage. It is crucial that owners/ managers assess the risks before committing to a contract. These include the safe loading, carrying and unloading of containers, vessel modifications for safe carriage, obtaining consent from the Ship’s Flag State and Classification Society, and, informing their P&I Club to get Loss Prevention Support and appropriate legal advice for the carriage of containers.

Finally, owners should appoint a marine warranty surveyor to advise, inter alia, on the stowage and securing arrangements. Other points to consider include, structural strength of the load area, the ship’s stability and stress calculations as well as the updating and res-issuance of certificates and documents.

John Dolan is a Deputy Director, Loss Prevention at the Standard Club. He has a ten-year extensive technical and commercial ship management experience as a General Manager/Director. He provided marine and technical due diligence/asset protection consultancy services to major shipping finance institutions for four years, and he was a board member of the International Chamber of Shipping, as an Ireland representative for six years. Mr Dolan has been a member of the Standard Club Safety & Loss Advisory Committee for nine years, and joined Charles Taylor in April 2015 as Deputy Director of Loss Prevention.