Plans to double container-volume transported by rail by 2022 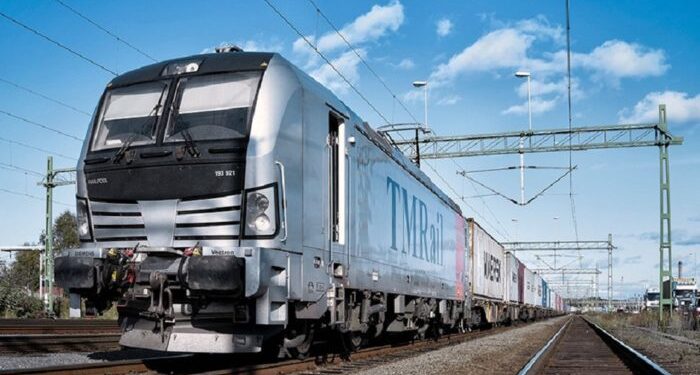 Port of Gothenburg announced its plans on doubling the volume of containers transported by rail to and from Gothenburg by 2022 aiming to emissions’ reduction of up to 98%. APM Gothenburg  is connected to more than 300 inland destinations in Sweden via rail, with more than 60 rail shuttles per week.

Insjön in Dalarna, around 460 kilometers from Gothenburg, showcases how rail can offer the best transport solution, as the centre of Dalarna is connected with the biggest container shipping network in Scandinavia via APM Terminals Gothenburg, through six weekly shuttles by Vänerexpressen.

Cargo is loaded onto rail during the day in Insjön, and is off-loaded late in the evening in Gothenburg with a short lead time of approximately only 8 hours. Lead times may be greater to trucking, but as is highlighted by many customers in the area, it is the impact on the environment makes this solution attractive.

Notably, rail emissions are up to 98% lower, compared to that of a truck, further to offering significant cost savings.

Moreover, expansion plans for the rail terminal in Insjön are in progress, due to the fact that the solution offered via The Gothenburg Gateway is competitive. More space is needed in order to cope with the demand from more cargo and customers connecting to Gothenburg, an initiative that is strongly supported by APM Terminals.

In particular, during 2018, rail-borne container volumes to and from the Port of Gothenburg rose by 13%,  indicating an increasing confidence in the Container Terminal throughout the country.

Earlier this month, APM Terminals Barcelona announced a new milestone registering a total of 5,394 movements during one port call, on the container ship ‘Millau Bridge’. The ship belongs to The Alliance, the terminal’s main service.