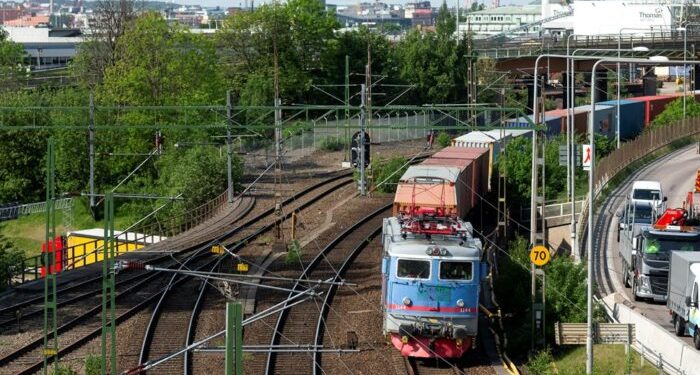 During 2018, 398,000 TEUs were transported to or from the Port of Gothenburg by rail. This fact is indicating the increasing confidence in the Container Terminal throughout the country, according to Claes Sundmark, Vice President, Container, Ro-Ro and Rail at Gothenburg Port Authority.

During 2018, rail-borne container volumes to and from the Port of Gothenburg rose by 13%. Volume growth increased during the year and was strongest during the final quarter with an increase of 27%.

Much of the long-distance freight consists of Swedish basic industry products such as steel, paper and timber, which are mainly transported by rail from inland locations or the east coast to the Port of Gothenburg for onward transport by sea to export markets on the continent.

The freight often has to be switched to containers at one of the three transloading terminals at the Port of Gothenburg, all of which are near to the Container Terminal.

In addition, the Port Line, the dedicated freight track that runs directly into the port, is being overhauled and converted into a double-track system. A number of sections have already been completed, including the new double-track Marieholm Bridge, which opened back in 2016. Phase 2 was also recently completed, bringing rail traffic all the way into the Container Terminal. Phase 3 of conversion of the Port Line to a double-track system will start during 2019.