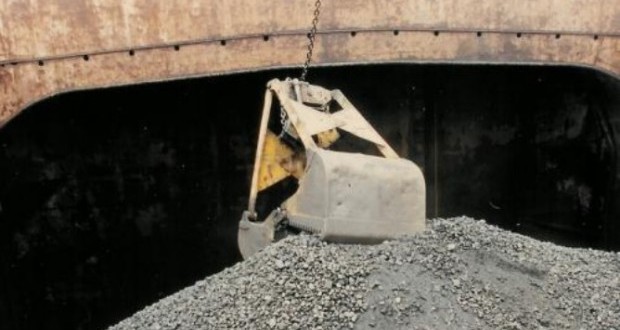 American Club advises on precautions during loading of coal cargoes

The American Club issued an alert entitled "Coal Cargoes: Self/Over-heating and emission of flammable gases" in order to provide general guidance on precautions that should be taken in the loading and carriage of coal cargoes.

In conjunction with the mandatory requirements set forth in the IMSBC Code for shippers (as coal is explicitly listed in Appendix 1), it is prudent for shipowners to consider implementing precautionary safety measures to protect their interests even in the event that the coal cargo may not have been declared as self-heating or methane emitting.

“The shipper shall provide the master or his representative with appropriate information on the cargo sufficiently in advance of loading to enable the precautions which may be necessary for proper stowage and safe carriage of the cargo to be put into effect.”

Accuracy of shipper’s declarations under the IMSBC Code

The IMSBC Code recommends that ships are provided with a means to measure the temperature of bulk cargoes between the ranges of 0 and 100 degrees Celsius without the need to enter cargo spaces during loading and during the voyage. However, the Code does not explicitly state any self-heating temperature limit such that, if a shipper does not declare a cargo as self-heating, the Master is obliged to take precautionary temperature readings.

With this in mind, shipowners should consider taking temperature readings of all coal cargoes during loading and, if the temperature of the cargo exceeds 55 degrees Celsius as specified in the IMSBC Code, cargo loading operations should be suspended until the true nature of the cargo can be investigated.

Relevant parties, including shippers, should be notified in writing and expert advice sought to determine if the coal is self-heating.

Prior to loading, Masters and crews should be aware that many terminal facilities are capable of loading thousands of tons of cargo per hour making it difficult to obtain accurate temperature readings while loading.

Large coal terminals may have automatic temperature control systems for their loading systems and conveyor belts. These shoreside temperature control systems should not be relied upon by the Master. Consequently, it is recommended that the ship’s crew take temperature readings in the cargo holds as often as possible at such times when there is a stoppage of loading or sequence changeover. Members should consider obtaining portable temperature scanners for the crew to scan the surface of the of the coal cargo when the hatch covers are open.

Also, Members are reminded that crew members entering cargo spaces or enclosed adjacent spaces in such instances must comply with the requirements contained in the “Coal — Special precautions” appendix to Appendix 1, paragraph 1.3 of the IMSBC Code.

All vessels carrying such cargoes are required under the IMSBC Code to carry on board instruments to measure methane, oxygen and CO in the cargo holds. The presence of carbon monoxide (CO) is also an indicator that a coal cargo may be self-heating if found in concentrations of 50 parts per million (ppm) or higher and if there is a steady rise in such concentrations over three successive days. If this is the case, the IMSBC Code requires that the Master to inform the shipper accordingly in writing with details in accordance with the “Coal — Special precautions” appendix to Appendix 1, paragraph 2.5 of the IMSBC Code.

Methane is highly flammable and, since it is lighter than air, is likely to rise in the cargo hold and accumulate in the head spaces above the stow. Therefore, when a shipper has declared that the cargo is likely to emit methane, or the atmosphere in the cargo hold indicates methane is present in excess of 20% of the Lower Explosion Limit (LEL), additional precautions are to be taken including suspension of hot works and smoking during cargo operations. The detailed set of precautions for methane emitting coal are contained in detail in “Coal — Special precautions” appendix to Appendix 1, paragraph 1 of the IMSBC Code.