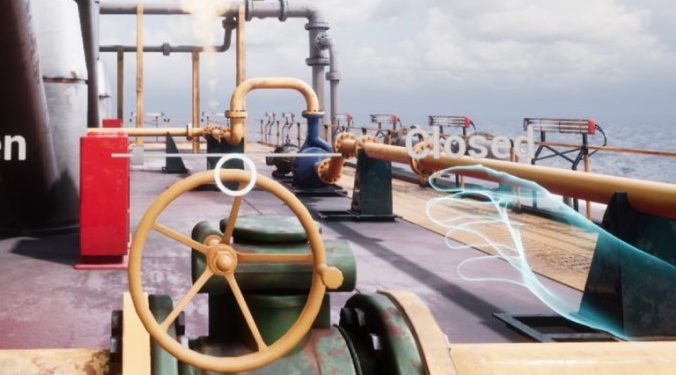 In a recent study on shipping decarbonization, DNV explores the safety challenges following the uptake of alternative fuel technologies.

At present, there are no IMO regulations in place for alternative fuel technologies, though there are guidelines and rules for some of the technologies available from classification societies.

When developing safety regulations, the overarching principle is that the introduction of alternative fuel technologies shall have equal or better safety levels than traditional fuel technologies.

There are a number of safety challenges associated with alternative fuel technologies:

Hydrogen has historically been shipped in small, packaged quantities and only recently in bulk. Experience of hydrogen as a marine fuel is currently limited. The general understanding of hazards and risks associated with liquefied hydrogen (LH2) is limited. Consequently, no class rules or prescriptive international regulations have yet been developed. Several R&D initiatives are currently ongoing to improve the understanding of LH2 and associated hazards.

For hydrogen, the potential explosion risk related to the low ignition energy and the wide flammability range requires special attention. The very low boiling temperature for hydrogen makes it more challenging to store in its liquefied form.

Hydrogen flames can reach higher temperatures than other gases, but at the same time the flame’s radiated heat is normally lower.

A hydrogen leak (and ignition) in an enclosed or semi-enclosed space could cause a catastrophic explosion. Under certain conditions, this scenario might lead to high explosion overpressures.

Although the consequences of a fire are different for LNG and hydrogen, its severity is similar. In addition, hydrogen storage tanks may be at higher pressures. The foreseen rapid increase in hydrogen appliances could lead to an unwanted increase in serious hydrogen explosion incidents if the risk is not addressed properly.

Hydrogen fuel systems can still be made as safe as natural gas systems. However, the adverse effects of hydrogen mean that different, inherently safe designs, and a higher level of safety precautions with preventive and mitigating measures, might be needed to obtain a system whose safety level is equivalent to those of conventional hydrocarbon systems.

The key challenges for ammonia include its toxicity, combustion properties, nitrous oxide (N2O) emissions and potential ammonia slip. Due to its toxicity, the introduction of ammonia as a fuel creates new challenges related to safe bunkering, storage, supply and consumption.

Ammonia has alkaline properties and is corrosive. Ammonia will corrode galvanized metals, cast iron, copper, brass or copper alloys. Hence, careful material selection is required. Ammonia is flammable but hard to ignite. Outdoors, ammonia vapours will generally not constitute a fire hazard. Indoors, in confined spaces, the risk of ignition will be higher, especially if oil and other combustible materials are present. Pressure vessels used for storing ammonia may explode when exposed to high heat input.

Anhydrous ammonia is a hydroscopic compound, which means that it seeks water from the nearest source, including the human body. This places the eyes, lungs and skin at greatest risk because of their high moisture content. Caustic burns result when the anhydrous ammonia dissolves into body tissue.

An additional concern is the low boiling point of anhydrous ammonia. The chemical freezes on skin contact at room temperature. It will cause burns similar to, but more severe than, those caused by dry ice.

Most deaths from anhydrous ammonia are caused by severe damage to the throat and lungs from a direct blast to the face. When large amounts are inhaled, the throat swells shut and victims suffocate. Exposure to vapours or liquid can also cause blindness.

Methanol is a flammable liquid whose vapour is heavier than air. It has a large flammability range (6,7-37%) and high heat of evaporation. Methanol remains flammable in a water solution and has an autoignition temperature of 464°C. It is toxic and affects vision. Ingestion may cause blindness.

It is toxic by inhalation, though a high level is required for irreversible effect. The risk driver for methanol is flammability. It also induces corrosion and can damage seals and certain plastics.