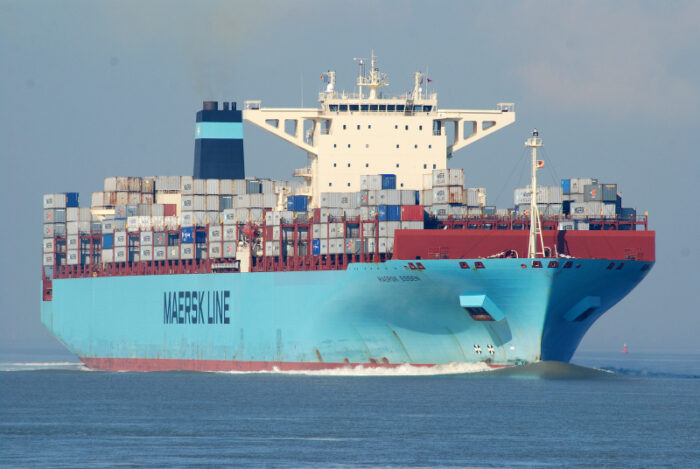 750 containers fell from Maersk containership in the Pacific

Heavy weather in the North Pacific is probably the cause for the loss of containers of one of Maersk’s containerships. Namely, Maersk informed that about 750 containers were lost from Maersk Essen.

The loss took place on January 16, and is the third container loss incident recently reported in the Pacific. According to sources WK Webster it is very likely that some containers will have collapsed or have been damaged in the affected stacks, but remain on board. These containers will need to be removed or repositioned.

Arrangements are now being made to investigate the cause of the incident and to attend to any cargo surveys.

As for Maersk, it said that it will investigate the incident ''promptly and thoroughly''. It also added that all of the crew is safe and a detailed cargo assessment is ongoing.

Before this incident, on November 30, the ultra-large containership ONE Apus lost about 1,800 containers overboard 1,600 nautical miles northwest of Hawaii.

What is more, in the same month, the ONE Aquila also suffered a container loss in the North Pacific. ONE did not provide details on the number of containers, but sources report that the number exceeds 100 containers.

On the other hand, a recent report by the World Shipping Council last summer that said the incidents of containers lost overboard have been on the decline and is a small percentage of the total annual volume.