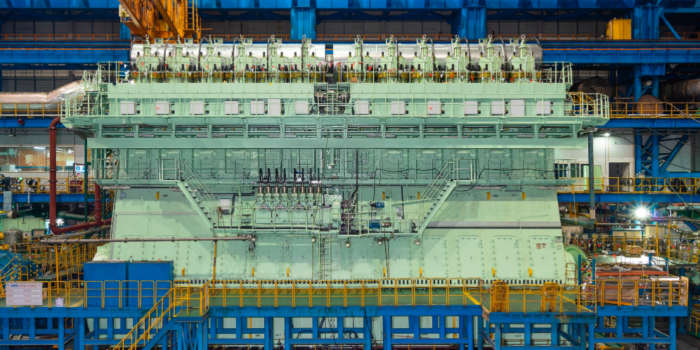 The world's largest marine dual-fuel engine, developed by China Shipbuilding, was officially released to the market on May 26th.

The engine, which is also the world's first dual-fuel engine, is composed of two modes of natural gas and a traditional fuel engine.

Moreover, the emission of nitrogen oxides is less than one-tenth of that of conventional engines when running on gas. What is more, it also has reduced emissions of sulphur oxides and particulate matter.

The engine also uses a new-generation intelligent control system for the first time, which can provide early warning and online diagnosis functions.

The first series of the engine will power nine ultra-large container ships (ULCS) owned by the CMA CGM Group.