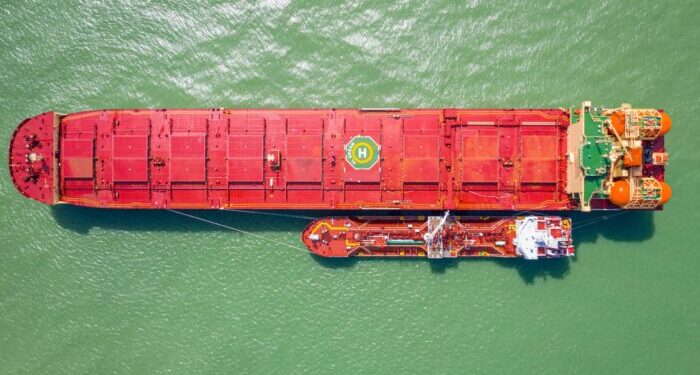 Peninsula, a marine fuels solutions company, announced that in partnership with PETRONAS Marine, they successfully completed their first LNG bunker supply to its customer H-Line in Malaysian waters.

Peninsula’s LNG and Asian teams worked closely with H-Line and PETRONAS Marine to deliver the deal.

Also, Nacho De Miguel, who leads Peninsula’s LNG business, added that the delivery took place delivery took place safely and was completed within 20 hours, a record time for the quantity supplied, including the cooling down of an LNG tank. H-Line, PETRONAS Marine and Peninsula remained in regular dialogue throughout the process and we look forward to working together again on future LNG bunker deliveries.

John A. Bassadone, Peninsula’s CEO, expressed his admiration for the successful operation, adding that this is a landmark achievement for the company.

We are also delighted that the sustainability principles of Peninsula fully align with PETRONAS Marine, H-Line and their shipper; POSCO. It is pleasing to be part of a drive towards positive environmental change, alongside these highly respected companies.