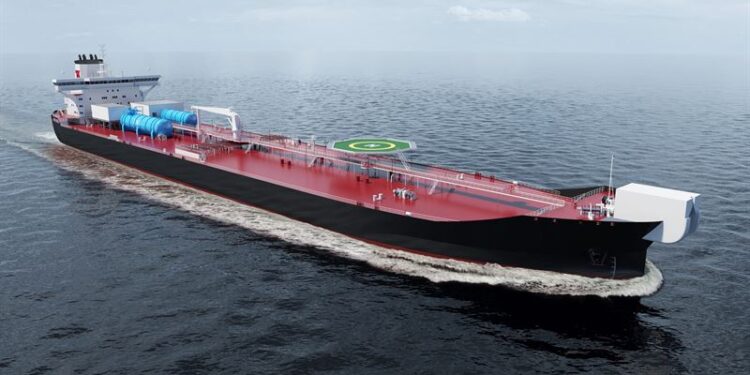 TEEKAY and Wärtsilä will cooperate on the development of a new shuttle tanker concept. TEEKAY ordered four ‘next generation’ vessels, which will be constructed at the Samsung Heavy Industries (SHI) yard in South Korea.

The vessels will incorporate some of Wärtsilä’s technology concepts, in order to enhance the ships’ performance. These orders with Wärtsilä, are worth over 110 million euros and were booked in December 2017 and January 2018.

The vessels will be characterized by economic and ecological performance, and are expected to reduce annual emissions of CO2 equivalents by 40%, compared to conventional shuttle tankers.

Furthermore, the ships will be running on LNG as their primary fuel, with their dual-fuel engines enabling a mixture of LNG and recovered Volatile Organic Compounds (VOC). This way harmful emissions will be minimised and the ships’ bunker needs will be significantly reduced.

“Together with TEEKAY, we have developed a concept that takes the shuttle tanker sector into a new era, and which is further evidence of Wärtsilä’s ability to transform shipping by developing and utilising the very latest technologies. These ships will have tremendous operational flexibility with unmatched manoeuvring capability, and will achieve what all operators are striving for today, namely optimal economic and environmental performance,” Roger Holm, President, Wärtsilä Marine Solutions, stated.

Moreover, the new vessels will include Wärtsilä’s Hybrid system, which uses batteries for fuel savings, resulting in fewer running hours and lower maintenance time and costs.