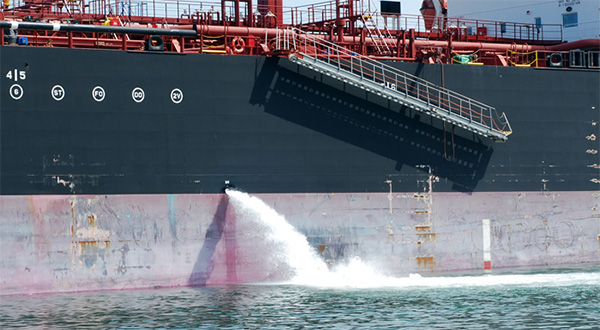 On 14 November, the US Senate passed the Vessel Incidental Discharge Act (VIDA) as part of the US Coast Guard (USCG) Reauthorization Act with a vote of 94 to 6, paving the way for the harmonization of state and federal regulations for vessel ballast water discharges in the United States. In the meantime, the move is considered as a means of harmonization of the USCG policy approach with that of IMO.

So far, two US federal agencies, the US Coast Guard and the Environmental Protection Agency (EPA), have been regulating ballast water and other vessel discharges under differing statutory authorities. Meanwhile, more than 20 states have established state-specific requirements for those same discharges, which created a dysfunctional regulatory scheme and made the implementation of ballast water treatment solutions costly and complicated for ship owners.

The Vessel Incidental Discharge Act is a solid compromise replacing the current regulatory framework with one set of scientifically based, environmentally protective and technologically achievable rules. Namely, under VIDA, the EPA and the USCG will work together under the Clean Water Act to jointly set and implement standards for ballast water and incidental discharges, in consultation with the states.

The legislation will give vessel owners and mariners the certainty of a nationally consistent regulatory system, while ensuring high standards of environmental protection using the best technology economically achievable,

Additionally, the VIDA Bill includes legislative language that amends the USCG regulations to allow for the use of reproductive methods by explicitly expanding the definition of ‘living’ to ensure that organisms that cannot reproduce (nonviable) are not considered to be living. This means that organisms which cannot reproduce are as good as dead for the purposes of the regulation.

Moreover, the USCG is required to develop a draft policy letter detailing reproductive methods based on best available science and the USCG must consider Type Approval testing methodologies that utilize organism grow-out and Most Probable Number (MPN) analysis to determine the number of viable organisms in ballast water that are capable of reproduction.

This is good news for UV-based BWMS that were forced in the past years to increase dose delivered to organisms to meet the USCG Ballast Water Discharge Standard, while it is expected to harmonize the USCG’s policy approach on reproductive methods in determining BWT system efficacy with that of the IMO. In 2017, the IMO officially approved the MPN method to determine viability/reproductive capability (IMO Document BWM.2-Circ.61).

AWO is very pleased that this much needed legislation, which provides a common-sense solution to a disjointed collection of federal and state vessel discharge regulations, while ensuring the highest standards of marine environmental protection, is one step closer to becoming law…We are optimistic that this important legislation for America’s vessel owners and mariners – who every year transport over 760 million tons of vital commodities that power the nation’s economy – will swiftly pass the House of Representatives and be signed into law by the President,

We are very encouraged by this development and will continue to monitor the progress of the Bill in the coming weeks,

VIDA is a good balance, achieving protection of both the economy and the environment. Importantly, it includes Great Lakes-specific provisions that provide the flexibility to establish uniform practices and standards more protective of our Great Lakes. Over the next few years, LCA looks forward to engaging with our government and regional partners to develop practical and implementable regulations to meet the letter and spirit of the bill,