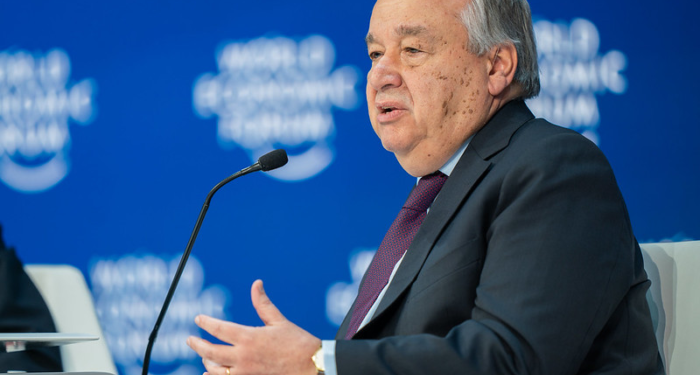 During the World Economic Forum in Davos, Antonio Guterres, the Secretary General of the United Nations, highlighted the challenges the planet faces today and stated that climate change is running faster than the people trying to tackle it.

Specifically, Mr. Guterres speaking during the conference noted that climate change is moving at a fast pace and the people are struggling to keep up with it.

He highlighted that although he agrees with the reports that the planet will not be destroyed yet, and will exist for the next few centuries, the challenge is that what will be destroyed is our capacity to live in this planet.

We will be destroyed by climate change, not this planet.

Moreover, during his speech it was noted that carbon has to be priced because of its impact, meaning that people should swift taxation from income to carbon.

As a taxpayer I can’t accept the idea my taxes are being used to … bleach corals or melt glaciers.

Concluding, António Guterres gathered leaders on 23 September for the Climate Action Summit with concrete, realistic plans to enhance their nationally determined contributions by 2020, in line with reducing greenhouse gas emissions by 45% over the next decade, and to net zero emissions by 2050.