UN Sec-Gen: Actions for the way forward in 2020

As the efforts for protecting and improving the environment escalate, UN’s Secretary General António Guterres gathered leaders on 23 September for the Climate Action Summit with concrete, realistic plans to enhance their nationally determined contributions by 2020, in line with reducing greenhouse gas emissions by 45% over the next decade, and to net zero emissions by 2050.

According to a report launched by the Intergovernmental Panel on Climate Change (IPCC) on the Impacts of Global Warming of 1.50C above pre Industrial Levels, it is an urgent matter that the industry limits the global warming to 1.50C by the end of this century to avoid irreversible and catastrophic impacts.

Yet, Mr Guterres launched a report focusing on the future and forward of 2020 highlighting that the “initial national climate pledges made under the Paris Agreement are inadequate.”

Thus, responding to the urgency of acting against this backdrop, the UN Secretary General, during the Climate Action Summit, paid attention to the possibility of worsening climate crisis and to forge new pathways ahead to support the achievement of the Paris Agreement and the 2030 Agenda for Sustainable Development. 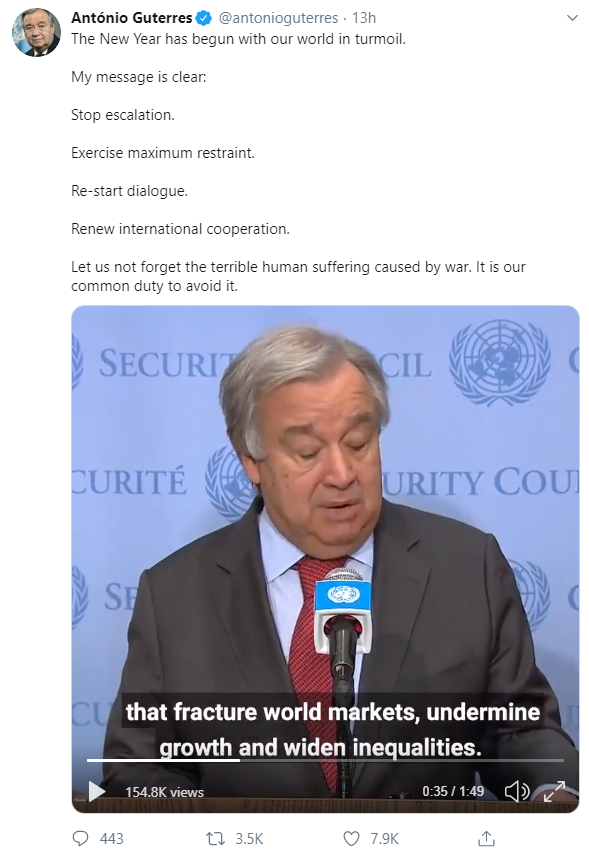 Consequently, in line with the goals of the Paris Agreement, the participants of the Summit focused on nine key action areas:

Moreover, for additional guidance and oversight of the Summit, the Sec-Gen issued a Steering Committee, consisting of heads of United Nations agencies and international organizations, and business, as well as academia and civil society representatives, a Science Advisory Group, and an Ambition Advisory Group, composed of eminent leaders and experts in the field of climate change.

These groups met to discuss key issues in the preparation of the Summit and provided advice to the Secretary-General and coalitions to support development of ambitious initiatives for climate action.

In addition, the Summit issued 12 goals that must be achieved to save the environment and the people.

In the meantime, the UN issued its Emissions Gap Report for 2019 highlighting that the world is heading for a 3.2 degrees Celsius global temperature rise over pre-industrial levels, leading to even wider-ranging and more destructive climate impacts, even if countries meet commitments in accordance with the 2015 Paris Agreement.

Therefore, following the discussions around the environment and steps to be taken to enhance shipping’s and the world’s actions in favour of the environment, the Sec-Gen’s report presented the priority areas for actions in 2020:

Concluding, to learn more on the Sec-Gen's views throughout what it was agreed on during the Climate Action Summit click herebelow 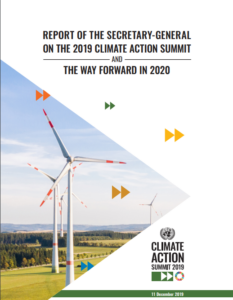