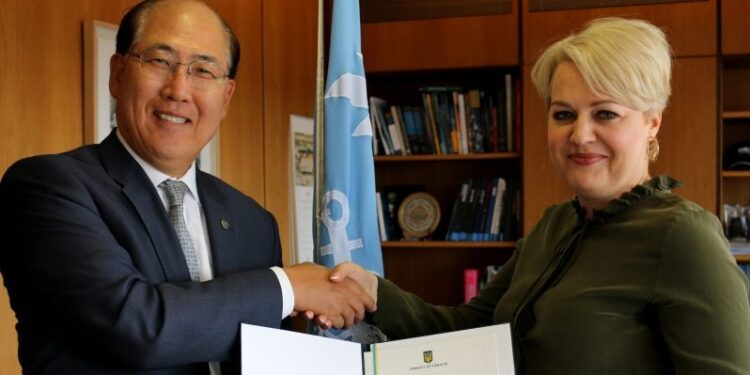 IMO informed that Ukraine has ratified two important treaties, that help to protect the marine environment – the International Convention on Salvage and the Control of Harmful Anti-fouling Systems on Ships (AFS Convention).

The International Convention on Salvage, which entered into force in 1996, makes provision for an enhanced salvage award, taking into account the skill and efforts of the salvors in preventing or minimizing damage to the environment.

The International Convention on the Control of Harmful Anti-fouling Systems on Ships, that entered into force in 2008, prohibits the use of harmful organotin compounds in anti-fouling paints used on ships and establishes a mechanism to prevent the potential future use of other harmful substances in anti-fouling systems.

According to the Convention, “anti-fouling systems” are defined as “a coating, paint, surface treatment, surface or device that is used on a ship to control or prevent attachment of unwanted organisms”.

H.E. Natalia Galibarenko, Ambassador of Ukraine to the United Kingdom, met IMO Secretary-General Kitack Lim at IMO Headquarters, London, on 15 June, to hand over the instruments of ratification.