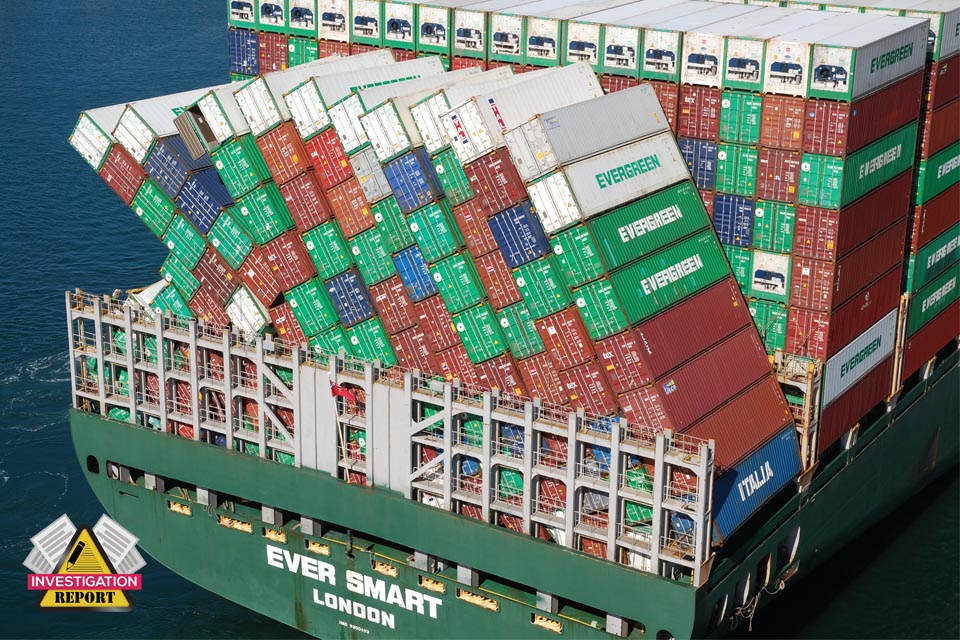 The UK MAIB issued an investigation report on the loss of containers from the ship Ever Smart in October 2017. The investigation highlighted a combination of factors resulted in a loss of integrity for the whole deck cargo bay; in particular, the containers were not stowed or secured in accordance with the cargo securing manual and the container lashings might not have been secured correctly.

On 30 October 2017, the UK registered container ship Ever Smart suffered a container stow collapse while on passage between Taipei, Taiwan and Los Angeles, USA.

The master had changed the ship’s passage plan to avoid severe weather caused by a developing depression east of Japan.

Once the weather had abated, the crew discovered that the container stacks on the aft most bay had collapsed and toppled to port.

Of the 151 containers in the stow, 42 were lost overboard and 34 were damaged. Superficial damage was caused to the ship. 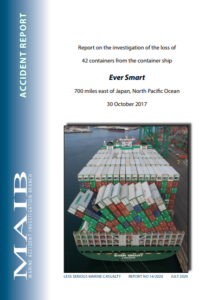