A total of 11 people drowned in 2018 in UK because they did not wear a lifejacket or a buoyancy aid. This is one of the main findings of this year’s Casualty Review Panel, who met earlier this year to discuss last year’s maritime fatalities.

The Panel reviewed 22 fatalities from 2018 and agreed that 11 lives could have been saved if they had been wearing a lifejacket.

This figure is slightly lower than last year’s figure of 13 lives (out of 27 fatalities).

In the twelve years that the Panel has been meeting, is has recorded that 200 lives could have been saved by wearing a lifejacket or buoyancy aid.

The majority of incidents last year involved commercial fishermen (including accidents at fish farms) and anglers, many of which happened in Scottish Sea Lochs. 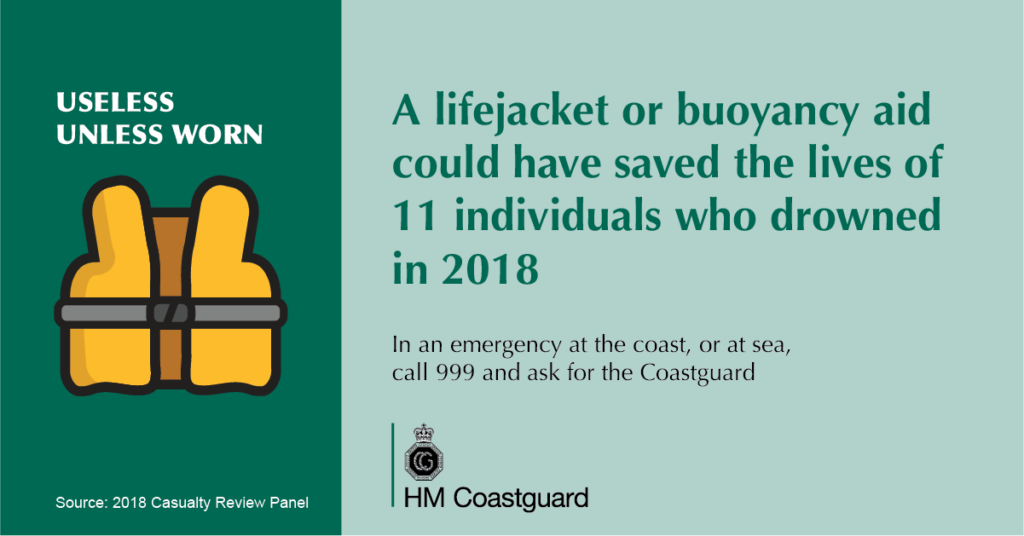 The Panel’s overriding advice was to wear a lifejacket or buoyancy aid appropriate to your activity which is proven to greatly improve chances of surviving the shock of entering cold water.

The Panel also recommended an additional package of measures:

The above information are in line with the Maritime Safety Week 2019 underway in UK, which is focusing on important safety issues this year, such as lifejacket wear.

This week, the UK Government announced the launch of a campaign that aims to improve safety on water, targeting people who drink while onboard. The campaign is part of the first Maritime Safety Action plan, published on 1st July by the Department for Transport.