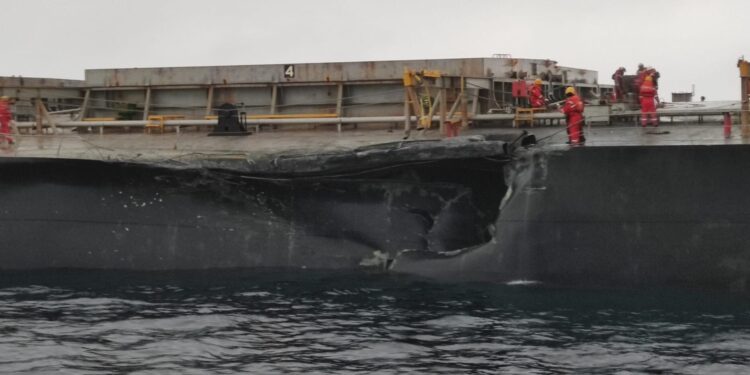 On October 24, two bulkers collided near the Cannakale Strait, causing serious damage to both vessels.

More specifically, the bulker Benitamou and the freighter BC Vanessa were headed for an anchorage area off Gallipoli, while heavy fog led to restricted visibility.

As a result, Vanessa’s bow hit Benitamou amidships on the port side, leaving a gaping hole in the larger vessel’s hull. The force of the impact badly also damaged Vanessa’s bow.

After the incident, Turkey’s General Directorate of Coastal Safety deployed three tugs and two response boats to the scene.

The Benitamou experienced flooding, but no pollution or injuries were reported, while both ships remain in a stable condition.

Finally, Turkish authorities will conduct a thorough dive inspection, while temporary repairs will take place before the ships receive permission to voyage onwards.