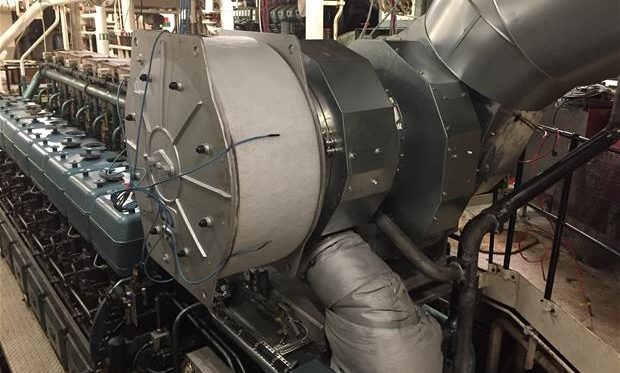 The Mitsubishi Heavy Industries Marine Machinery & Equipment Co., Ltd. announced its delivery MET Turbochargers for one the largest two-stroke dual-fuel X-DF engine,12X92DF. Behind the engine’s development was the Winterthur Gas & Diesel and responsible for the establishment was the China State Shipbuilding Corporation (CSSC).

Both of the engines are estimated to be mounted in nine 23.000 TEU container vessels, while they’re scheduled to be built at a shipyard that is under the China State Shipbuilding Corporation (CSSC) group. Several MET Turbochargers have been mounted on WinGD’s X-DF engines in the past, while this important project came to confirm how MET Turbochargers and X-DF engines can be compatible to each other.

On 2 December the company held a ceremony at CMD, where the engine was built, and presented the whole idea. Moreover, the combination of the MET Turbocharger along with the 12X92DF engine, lead to the uniform lean combustion of gas mixed air in the engine. While at the same time, both of the engines make it easier to follow the IMO’s stricter NOx and SOx emissions regulations.

For the records, this is not the first time that MHI-MME develops such engines, while it has developed high-efficiency turbochargers back in 2018, which company goals to complete one of them in 2020. The MET-MBII turbocharger series are available to install the turbocharger on WinGD diesel engines as well as former MET-MB series.

As for the company’s plans, MHI-MME will further continue to cooperate with WinGD and other engine designers in order to enhance the capability of MET Turbochargers and comply with the environmental regulations.