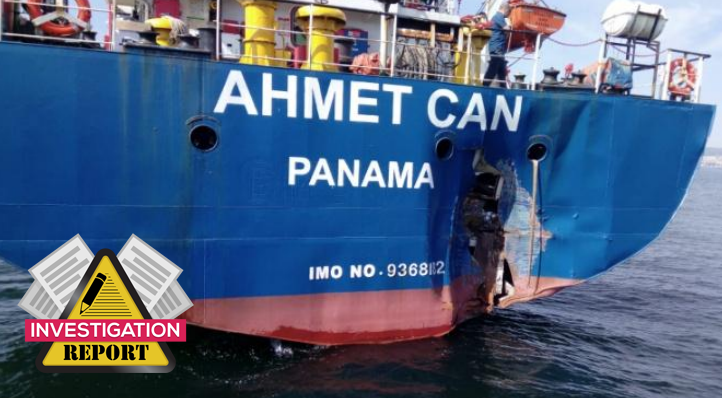 Transport Malta investigation: Ships collide as OOWs do not notice each other

Transport Malta MSIU issued an investigation report on the collision of the bulk carrier MV PERSENK with the general cargo ship AHMET CAN, in the Sea of Marmara, in May 2019. The report highlighted that OOWs on both vessels did not notice each other or discern the developing close quarter situation until Ahmet Can was very close and right ahead.

The Maltese-registered bulk carrier Persenk was on passage from Istanbul Anchorage to Ashdod, Israel.

The collision occurred in the afternoon and in good visibility.

At the time of the collision, both vessels were in sight of one another, making way in the Turkish Straits Traffic Separation Scheme.

They were advancing along the general direction of traffic flow for that traffic lane, albeit on a converging course.

Persenk was gradually drawing ahead of Ahmet Can.

Although the weather was fine and clear, the watchkeepers on Persenk and Ahmet Can neither did they notice each other, nor discern the developing close quarter situation until Ahmet Can was very close and right ahead.

Persenk’s managers carried out an internal investigation as required by its safety management system requirements. 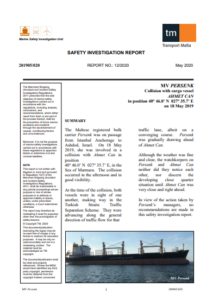