In its annual PSC report, Tokyo MoU presented the flag states included in the White, Grey and Black list respectively. The list indicates levels of performance of flags over a three-year rolling period (2017-2019).

Flags, whose ships were involved in 30 or more inspections during the period, are included in the list. 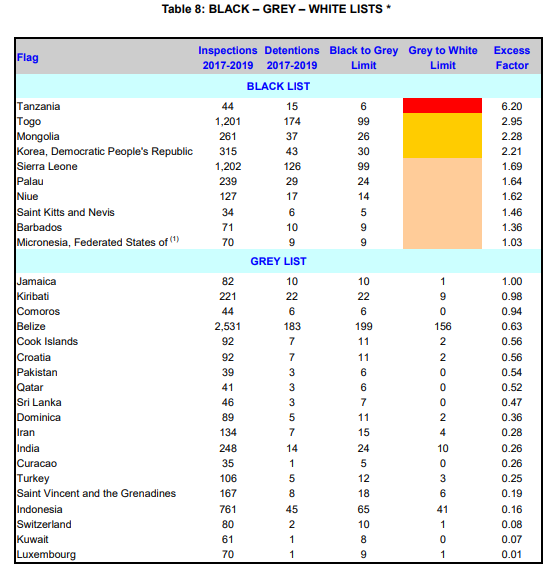 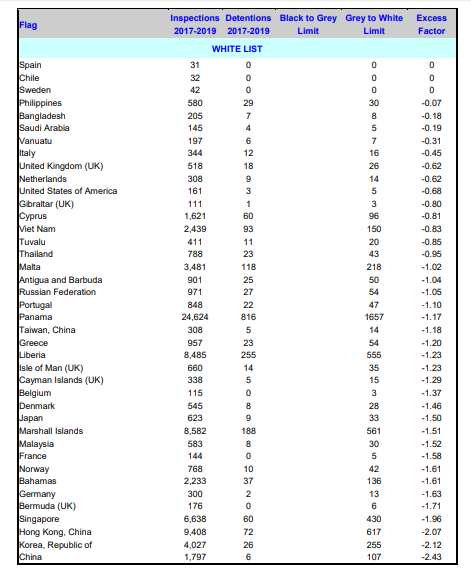 The Port State Control Committee adopted the same method as used by the Paris MoU for assessment of performance of flags.

Compared to the calculation method of previous year, this system has the advantage of providing an excess percentage that is significant and also reviewing the number of inspections and detentions over a 3-year period at the same time, based on binomial calculus.