Tianjin Port, Huawei to build digital twin of the port 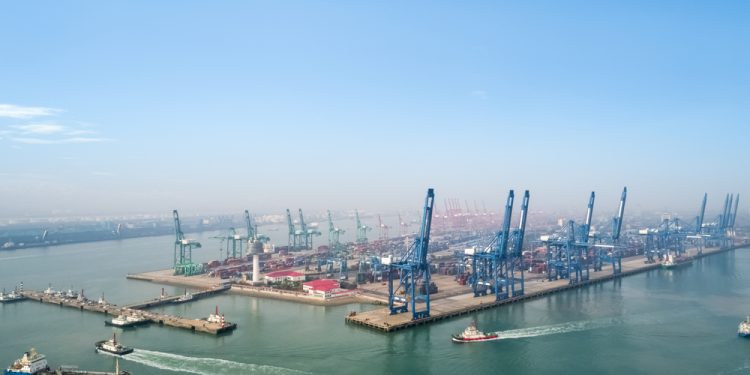 Tianjin Port Group and Huawei will deepen cooperation to build a digital twin of the port, making it more automated and intelligent.

The Section C Terminal in the Beijiang Port Area of the Port of Tianjin was the world’s first smart, zero-carbon port terminal. It entered large-scale commercial operations in October 2021, and has been stably operating ever since.

5G and L4 autonomous driving technologies are applied at this terminal to make it both safer and more efficient. At the terminal, container cranes operate automatically and intelligent robots of the horizontal transportation system frequently come and go.

Remotely controlled quay cranes lift loaded containers from cargo ships and put them onto the intelligent robots for horizontal transportation.

Supported by the BeiDou Navigation Satellite System, these robots are guided to automatic locking/unlocking stations to unlock containers and then to the container yard along optimal driving routes that are calculated in real time. The entire process runs smoothly.

Yang Jiemin explained how the new solution, which combines 5G and L4 autonomous driving technologies, has for the first time been put into large-scale commercial application in a partially public scenario at the Section C Terminal.

These innovations being used at the Port of Tianjin are having a huge impact on the port industry, creating new value for ports by improving operating environments, driving green and low-carbon development, and increasing operational efficiency

In addition, Yue Kun, CTO of Huawei’s Smart Road, Waterway & Port BU, stated that “5G and L4 autonomous driving have already been successfully adopted by industries in China, and are creating true commercial and social value.”