The human element – the effects of fatigue on ship safety

by Andrew Russ
in Opinions, Safety 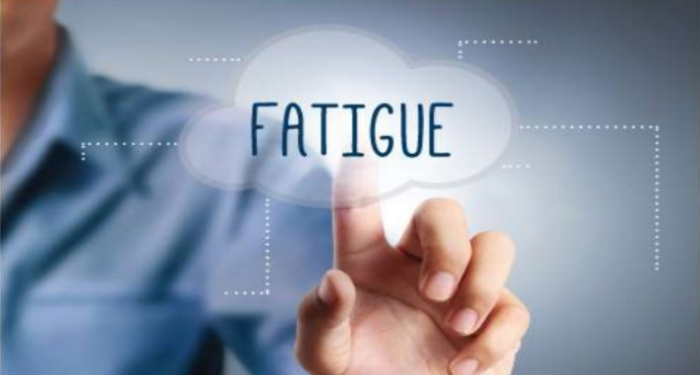 Andrew Russ, Marine Surveyor at Standard P&I Club, addresses the issue of human element and fatigue in shipping. Mr. Russ reflects on research and measures that aim to resolve this issue, as the human element is a major contributor to accidents in the shipping industry.

Investigations into human element incidents, such as the UK Marine Accident Investigation Branch (MAIB) investigation in 2004 (using data from 1989 to 1999), identified fatigue to be the major contributing factor in 82% of the 66 recorded groundings and collisions occurring between 0000 and 0600 hours.1

Human error has long been regarded as contributing to the majority of incidents in the shipping sector. It is estimated that 75% to 96% of marine accidents can be attributed to human error. In addition AGCS analysis of almost 15,000 marine liability insurance claims between 2011 and 2016 shows that human error is behind 75% of the value of all claims analysed, equivalent to over $1.6bn. 2 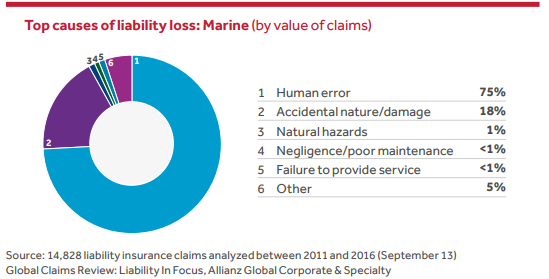 The Karolinska Institute developed the ‘Brief Fatigue Syndrome Scale’ to measure levels of fatigue. This is now used as the industry standard.

Research projects such as Horizon (2012) and Martha (2013-2016) made the most significant advancements in understanding fatigue. In project Horizon, 90 experienced seafarers used simulations of common onboard scenarios. The results clearly showed links between performance degradation and certain work patterns.

Horizon acknowledged that ‘fatigue’ was often used interchangeably with ‘sleepiness’, ‘tiredness’ and ‘drowsiness’, and was considered a generic term. 3

Martha was able to define ‘sleepiness’ and ‘fatigue’ separately:

Legislation has been introduced to improve the working/living conditions of seafarers, including measures to address fatigue-related issues. International Labour Organization (ILO) Convention No.180 adopted in 1996 was an important development in improving safety at sea and implementing limitations on hours of work and rest for vessels whose flag states ratified it. The 2010 Manila amendments to STCW harmonised the requirements of ILO Convention No. 180. STCW allows for ‘overriding operational conditions’ under Regulation VIII/1 – Section B as being defined as ‘essential shipboard work which cannot be delayed for safety or environmental reasons or which could not reasonably have been anticipated at the commencement of the voyage’6. It is paramount that this section of the STCW code is not misused. Unfortunately, this is not always the case.

Current legislation has only addressed some of the main factors leading to fatigue. Further amendments are required for it to be truly effective. The main causes of fatigue are: 4

The introduction of Fatigue Risk Management Systems (FRMS) into the marine industry is anticipated to greatly assist in identifying shortfalls in existing regulations and what amendments could be made to address them. These systems have already had considerable success in other safety critical industries such as aviation, road and rail transportation.

FRMS uses a comprehensive, systematic approach, reviewing all aspects of the workplace including operational requirements/ restrictions, quality assurance as well as company procedures. The standard core elements being implemented across the industry are:

For FRMS to be truly effective, it will require full commitment from shipowners, shore-side personnel as well as seafarers to report issues and develop tailored approaches for the company.

Amendments to operational schedules Operational schedules should be developed taking into consideration seafarers’ and shore personnel’s work and rest hours. This will require shipowners or technical managers to collaborate with charterers and terminal operators. Operations requiring additional crew, whenever practical, should be arranged during times of highest alertness (ideally 1400 to 1800 according to studies) and especially avoiding the 0000 to 0600 period.

Unfortunately, as certain clauses/ appendix of the ‘Code on Noise Levels Onboard Ships’ are considered as recommendations on exempted ships (new builds of under 1,600GRT, certain ship designs and tonnage existing pre-1 July 2014), seafarers’ wellbeing is potentially being compromised for economic considerations. Considering that 87% of the world fleet is older than 1 July 2014 (5) and therefore does not have to comply, it is important that viable economic options for reducing noise levels on older tonnage are found, as well as developments and innovations for new builds. Continual improvements in ship design and operation to reduce levels of vibration and motion on ships are also key elements in improving the overall wellbeing of seafarers and close review of the FRMS results will greatly assist in not only identifying areas in need of improvement but also prioritising them.

Manning levels on many ships often only meet the flag state minimum for that size and type of ship. Often, this fails to allow for additional watchkeeping requirements whilst sailing through restricted waterways, port operations, non-routine maintenance requirements and/or off duty/overtime work performed by seafarers in order to satisfy commercial pressures, particularly on busy, short-haul trading routes.

It is of paramount importance for shipowners to take the initiative and review their current manning levels. Whilst the minimum manning level is considered the safe lower limit to sail from point A to point B, organisations should consider whether these arrangements are truly adequate in the face of the pressures of the modern maritime industry.

The importance of the human element in shipping must be acknowledged and addressed as it is the major factor in marine incidents, with fatigue as the main root cause. The legislation brought into force to address the factors leading to fatigue have fallen short in reducing/removing these and significant changes in operational practices, ship design as well as manning levels are still required. Research studies and proactive work systems such as FRMS must be embraced and welcomed into the industry and their results acted upon. To move forward will require industry-wide recognition of the issues involved with the human element in incidents and considerable changes in shipowners’/seafarers’ reaction to commercial pressures.