Steps to be taken to prevent malaria

Gard Club issued an alert concerning malaria which remains one of the world’s leading killers and seafarers must not lower their guard when visiting an area where there is a risk of exposure to this mosquito-borne disease. The progress in fighting malaria has levelled off.

WHO's latest World Malaria report noted that there were no successful steps take in mitigating malaria cases in the period 2015 to 2017.

The estimated number of malaria deaths in 2017, at 435 000, remained virtually unchanged over the previous year. 'A massive wake-up call', comments WHO.

As a result, the Club presents the key facts about malaria, in light of shipowners and operators keep their crew safe and also implement prevention measures, including educating the crew.

Shipowners and operators with vessels trading to countries and areas with ongoing malaria transmission should ensure that these vessels are able to deal with the various challenges that this disease can bring.

Depending on the area of trade, risks related to other mosquito-borne diseases, such as dengue, yellow fever, chikungunya and zika, should also be taken into account when planning for the next voyages. The following precautions should be considered:

During a visit to affected areas

After a visit to affected areas

For more information on malaria, you may click the PDF herebelow 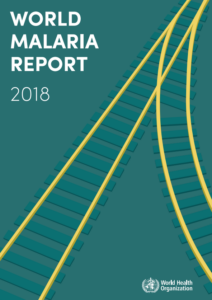