The Director General of Shipping in India issued an addendum on the regulation of banning single-use plastic in Indian waters, providing details concerning a delayed timetable for the introduction of the ban on plastics.

India firstly announced the ban in October 2019, according to which the use of single-use plastic is prohibited onboard vessels on board Indian ships and foreign ships, when these ships are at a port or place in India.

The definition of SUP includes only those items:

Biodegradable plastic with a stamp, marking or certificate from the manufacturer' or something similar shall not be considered for prohibition. The said prohibition is applicable to items used on board ship and excludes cargo related items and Packaging.

Now, the Director General provides additional information on the dates and method to be followed to implement this regulation, as the plan has different timelines for identification, listing and prohibition of SUP for Indian and foreign flag cargo and passenger ships.

The paragraph 3.1.1. of the announcement states that: List of an inventory indicating all single use plastic used on board a ship as on 31 January 2020 for cargo ships and 3 I March 2020 for passenger ships. 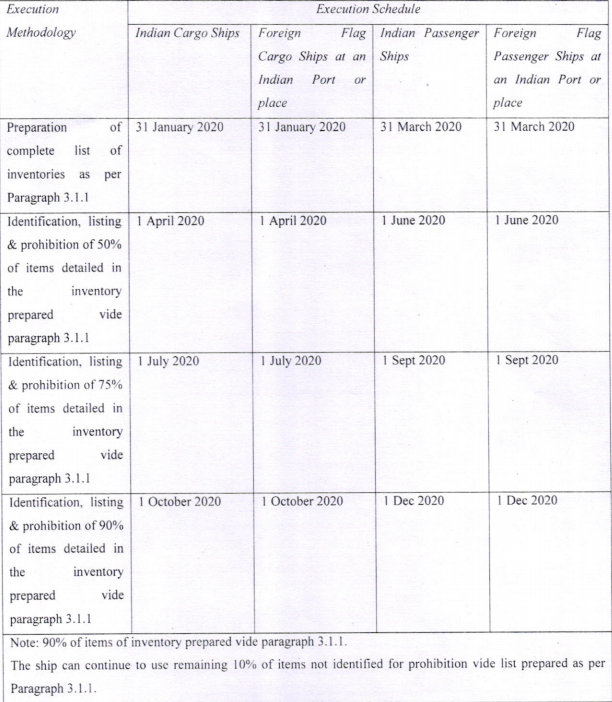 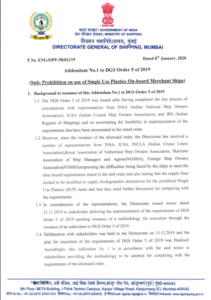