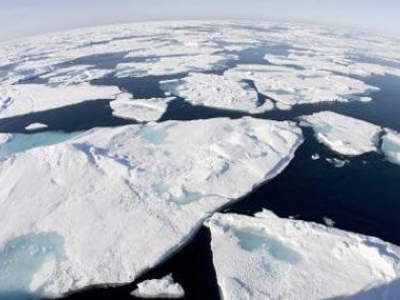 For guiding ships through the area in summer

The forecasting company Weathernews Inc. unveiled a micro satellite Tuesday that it developed to monitor Arctic Ocean ice for purposes of guiding ships through the area in summer.

The 10-kg cube-shaped satellite, jointly developed by Tokyo-based AXELSPACE Corp., is scheduled to be launched from the Yasny Cosmodrome in Russia on Sept. 28. It will be the first attempt by a private company to use a satellite to monitor ice in the Arctic Ocean, Weathernews said.

Weathernews plans to use the data to provide navigational information to commercial vessels plying the Arctic Ocean during the summer. The service will be available starting in summer 2013, it said.

Due to global warming, the Arctic Ocean has been navigable since around summer 2007, according to Weathernews.

Eleven vessels used the route in 2010 and 34 ships used it in 2011, spokesman Hitoki Ito told The Japan Times, adding the route does not remain navigable on a regular basis.

Weathernews invested some ?200 million in the satellite’s development and ?60 million in its production, Ito said.

It is now planning to develop a more enhanced second satellite.

“This one is more like an experiment. By actually operating it, we want to accumulate knowhow,” said Masaya Yamamoto, leader of the satellite project at Weathernews.

As of Tuesday, some 6,000 vessels around the world had used or were using the company’s weather information service.