David Patterson, Loss Prevention Executive, North P&I Club discusses of a recent incident that resulted with the loss of ten people onboard a vessel, highlighting what the dangers are when not fully-understanding the operation of fixed CO2 systems.

This occurred whilst the vessel was in dry dock. A junior officer was tasked with getting details of the fixed systems CO2 bottles in the vessel’s CO2 room. While the junior officer was in the CO2 room, he discovered a leak from one of the cylinders. In an attempt to stem the leak, a pressure increasing valve was mistakenly opened, which increased the pressure in the system and resulted in the release of all the cylinders in that bank.

The system had a final distribution valve to the engine room which was initially closed but subsequently opened in error. This led to the occupied engine room being flooded with CO2.

To prevent incidents occurring when working with or on fixed CO2 systems, it is critical that the all persons involved are aware of the risks.

Any maintenance – planned or unplanned – that is to be carried out on the system must be appropriately risk assessed with the necessary control measures in place in accordance with the vessel’s safety management system (SMS) and the manufacturer’s recommendations.

It recommends that the onboard maintenance plan should indicate which tasks may be performed by competent crew members and which should be performed by specially-trained persons.

The guidelines also stress the importance of developing a safety plan prior to commencing any work on the system. The plan should:

The Fire Safety Systems Code (FSS) states that clear operating instructions should be adjacent to each and every CO2 system release point location.

Labelling of critical system components can help ensure that the system is correctly operated in the event of an emergency. Colour-coded controls is a useful way to identify the controls for a particular discharge zone.

CO2 rooms themselves present a risk because of the high volume of CO2 stored in a relatively small area. Therefore, entry into the room should be controlled and the space gas tested prior to and during entry. The vessel’s SMS should contain procedures and control measures for entering CO2 rooms.

Above article has been initially published in North P&I Club’s website. 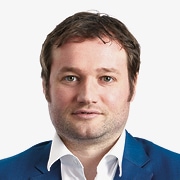 David joined North in 2018 and is in the Loss Prevention department. Prior to joining North David worked in the shipping and oil & gas industries on FPSOs, DP shuttle tankers and conventional oil tankers for various companies. He holds a Chief Officer Certificate of Competence and has a strong background in oil tanker operations, offshore loading and dynamic positioning.