RightShip: LNG is a ‘transition fuel’ 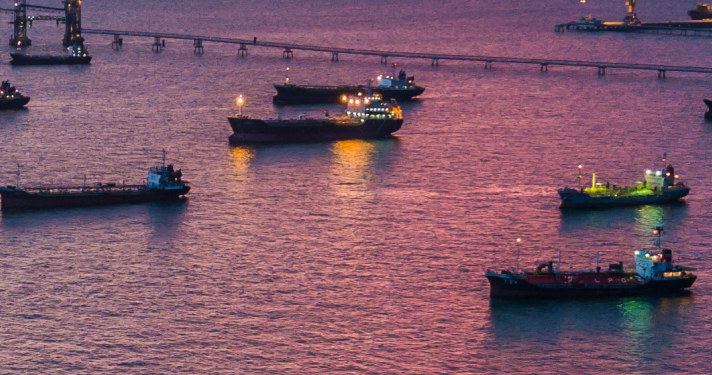 In an effort to explore sustainable solutions, with future fuel being a key priority, RightShip issued a position paper focusing on LNG as a maritime fuel.

As the world looks at ways of reducing GHG emissions and limiting the impacts of climate change, the maritime industry continues to look for meaningful ways to reduce its emissions.

There are already plenty of fuels being used within the maritime industry, such as heavy fuel oil, marine diesel oil, as well as some less common alternate fuel types like liquified natural gas (LNG), liquid hydrogen (LH2) and biofuels. However, LNG has gained the most attention and is arguably the most widely used alternate fuel.

It has historically been used in LNG carriers, which typically use dual fuel engines and can switch between LNG and conventional bunker fuels, often when one fuel is cheaper than the other. However, it is gaining popularity in vessel types such as ultra large containerships and capesize bulk carriers.

Compared to other marine fuels it is seen by some as a better, less harmful fuel in terms of its air emissions, mainly due to its low sulphur content. Supporters of LNG also say that while other alternatives are unproven and still in development,

LNG can be used now and should have a wider role as a transitional fuel, until other fuels are ready for large scale use. While LNG is seen to have some beneficial features it also has many negative issues and attracts controversy.

A lack of bunkering infrastructure allowing it to be provided as a viable fuel type is one such issue, and one that the World Bank has given its opinion on in a report on decarbonising maritime transport and said that countries should minimise investment in LNG infrastructure.

What is Methane Slip?

A significant drawback of using LNG as a maritime fuel is methane slip, which is the discharge of unburned methane from an engine, caused mainly by two factors;

While LNG as a fuel does bring some positives, the small yet significant volumes of methane released through methane slip, can potentially eliminate the gains that LNG may be able to offer as an alternative fuel.

The other factor includes the methane produced during the drilling, extraction, and transportation process. Such outbreaks are known as ‘fugitive emissions’. LNG generally emits less CO2 then HFO or MDO when it’s burned, leading some to tout it as a relatively ‘clean’ fuel. But if fugitive emissions are too high, it makes gas a less attractive fuel for policymakers and industries interested in reducing greenhouse gas emissions.

This is important, because any release of methane needs to be avoided, as methane has a much higher, estimated 28 times higher, global warming potential (GWP) than carbon dioxide. Which simply means that as a gas, one kilogram of methane will trap more heat in the earth’s atmosphere than one kilogram of carbon dioxide. All fossil fuels release methane, but due to the makeup of LNG, it has the potential to release a lot more methane than any other type of fossil fuel, purely through methane slip.

Whilst RightShip can understand the arguments for using LNG, mainly the lower SOx emissions from combusted fuel, ultimately, RightShip do not believe LNG has a long-term place as a fuel type in the maritime industry.

RightShip suggest LNG is a ‘transition fuel’, and RightShip echo sentiments from Durwood Zaelke, President of the Institute for Governance and Sustainable Development that “cutting methane is the biggest opportunity to slow warming between now and 2040”.

The issue of methane slip cannot be ignored and is one reason for RightShip suggesting LNG is used as a transition fuel. Through improved design, methane slip can be controlled and reduced but it cannot be avoided, and significant amounts will still escape.

While methane slip results in escaped methane gas to the atmosphere and adding to the planet’s climate change crisis, the loss of un-combusted fuel represents great inefficiency for a vessel and this could also impact its future EEXI and CII ratings and is something for shipowners / managers to also consider if looking to these vessels, because as of now, methane slip has not been “engineered out” of engine design.

RightShip’s position on LNG is also due to the current lack of infrastructure, preventing it being a widely available fuel for the maritime industry.

While LNG is already a widely used fuel in conventional power generating facilities across the world for terrestrial power needs, the infrastructure required to make LNG a conventional marine fuel and not an alternative one, just isn’t in the state of development, in the same way as traditional marine fuel infrastructure has been developed to service current maritime needs.

Supporters of LNG would say that this can be overcome with suitable investments into the required infrastructure, but our counter argument to that would be to ask what would that infrastructure be used for in the future?

Almost everyone agrees zero carbon fuels (green hydrogen, green ammonia, etc.) are the future, and have more of a place than fossil fuels in future transport fuel options. Infrastructure for LNG would only be able to be used for LNG and LNG based fuels, so investing in its infrastructure when it’s not destined to be a main fuel type is unwise.