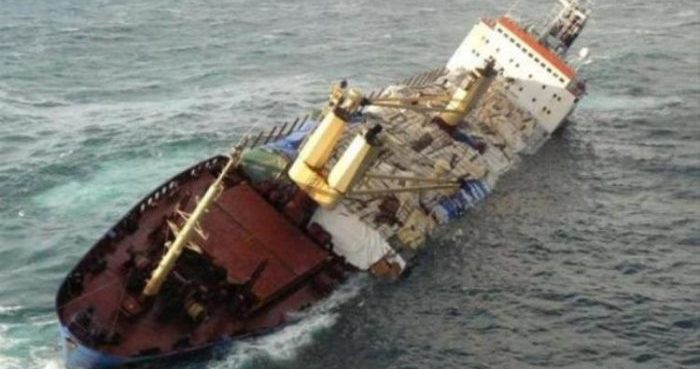 Potential implications of proposed carriage of cargo on deck

The UK Club advises on the implications of proposed carriage of cargo on deck. Namely, carriage of cargo on deck exposes the cargo to various risks from the elements, like sea-spray and wind, as well as the potential risk of being washed off or falling overboard because of bad weather conditions or inadequate lashing/stabilising. Based on the cargo, there may also be issues with the stability of the vessel itself.

As the Club informs, under the Hague/Hague-Visby Rules, the carrier is obliged to properly load, handle, stow, carry, keep, care for and discharge goods carried on board the ship. The definition of ‘goods’ is broad but expressly excludes cargo carried on deck if:

Carrying the cargo onboard exposes the carrier to risks, as goods carried on deck are considerably less protected than those carried in the holds. As a result, having been deprived of his Hague/ Hague Visby Rules defences, it is prudent for the carrier to seek to exclude all liability for carriage of cargo on deck by inserting an appropriate clause into the bill of lading.

Giving as an example the Elin case, the English High Court recently considered the interpretation of a clause in a bill of lading excluding the carrier’s liability for deck cargo. The disputed clause read:

Loaded on deck at shipper’s and/or consignee’s and/or receiver’s risk; the carrier and/or Owners and/or Vessel being not responsible for loss or damage howsoever arising

In such a case, a cargo of offshore production equipment was carried on deck and lost overboard in heavy weather. Cargo interests brought proceedings against the owner arguing that the loss was attributable to failings of the owner in the loading, stowing and carriage of the goods.

On the other hand, the owner denied the claim citing the deck cargo exclusion clause. Instead of a full trial on the facts, the parties agreed to a preliminary hearing on the scope of this clause recognising that if it did apply, that would decide the case.

The main question was whether exclusion clause, extended to any claim, containing any loss or damage caused by the ship’s unseaworthiness or the carrier’s negligence.

The cargo interests argued that the clause should be read as not excluding the carrier’s liability for loss or damage caused by the carrier’s negligence or the unseaworthiness of the vessel, as these are fundamental and overriding obligations which were not specifically addressed in the clause. There was support for this argument from numerous judgments in Singapore and Canada.

However the Court agreed with the Owner that as a matter of plain language and good commercial sense a clause providing that a carrier will not be liable for loss or damage to deck cargo “howsoever arising” will be effective to exclude liability for the carrier’s negligence or its failure to exercise due diligence to make the vessel seaworthy.

It refused to follow the approach adopted in the Singapore and Canadian courts citing a long string of English court rulings which supported the conclusion.  The judge commented the following:

Words of exemption which are wider in effect than “howsoever caused” are difficult to imagine and, over the last 100 years, they have become “the classic phrase” whereby to exclude liability for negligence and unseaworthiness

If the Hague Visby Rules applied, the exclusion would have been caught by Article III 8 which restricts a carrier from contracting on terms that relieve or lessen a carrier’s liability from the duties in the Rules, the UK Club adds.

For the Club's side, it explained that it makes no express exclusions with regard to the carriage of deck cargo. However, according to proviso b to Rule 2 section 17, claims which are incurred in consequence of a deviation, being a departure from the contractually agreed voyage, are not recoverable other than at the discretion of the Member’s Committee, or if the deviation had been agreed in advance by the Managers.

Moreover, the carriage of cargo on deck other than by custom or agreement will be a deviation. Thus, there would be no cover for an operator's liability for deck cargo unless:

In order to avoid such instances, the Club suggests that when considering a voyage including deck cargo, to consult with and utilise the Club’s Loss Prevention Department to check whether there are any practical considerations to consider.

Operators should also check that the relevant bill of lading has the correct protective wording.