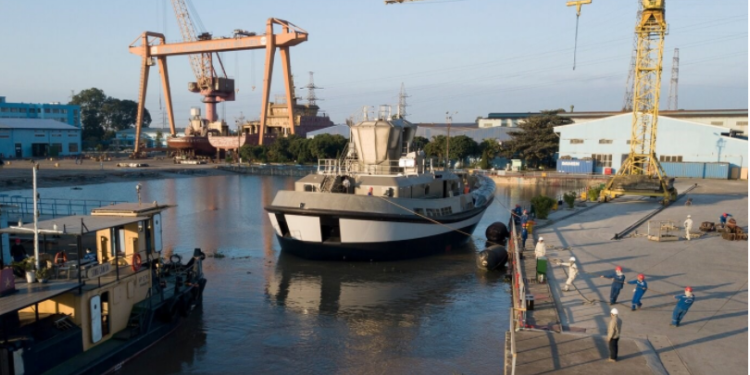 World’s first fully-electric handling tug was recently launched into the water at Song Cam Shipyard in Vietnam, on December 4, as Damen reported.

Namely, the “Damen RSD-E Tug 2513” was developed by Damen in an effort to support its customer, New Zealand’s Ports of Auckland in achieving its ambitious sustainability targets.

To remind, Ports of Auckland has the goal of being a zero emissions organisation by 2040.

In light of the situation, the RSD-E Tug 2513 is expected to to complete the sustainable circle in Ports of Auckland’s tug operations.

Since receiving the order for this historic vessel, we have been working towards this moment – the introduction of the first fully-electric tug of this capability to the water. We are looking forward to continuing in our task and completing the vessel in the coming months.

The next stages of construction will see Damen install the vessel’s hardware. The RSD-E Tug 2513 is scheduled to be delivered to Ports of Auckland end 2021.

Overall, speaking of sustainability, Damen recently signed a contract for the delivery of nine hybrid and fully electric ferries to operate in the area of Rotterdam in the Netherlands.