Port of Rotterdam reduced carbon emissions by 27% in five years 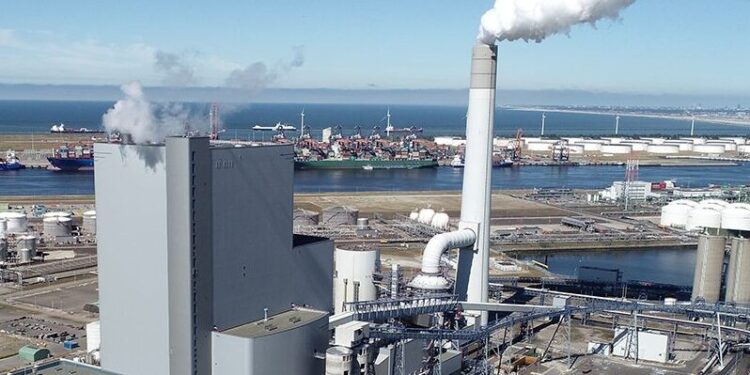 In the period 2016-2020, the port of Rotterdam reduced its total carbon emissions by 27%, compared to a 14% reduction in the volume of greenhouse gases nationwide, latest port data reveal.

To put this into context, in 1990, the port of Rotterdam released over 20 million tonnes of CO2 into the atmosphere, and until 2016, this volume increased to over 30 million tonnes as a result of the expansion of existing companies in Rotterdam and the arrival of new ones.

From 2016 on, the port was able to report substantial reductions. By 2020, emissions were close to the total volume recorded 30 years ago, while at the same time the port area increased by 20% and the annual throughput by some 50%. 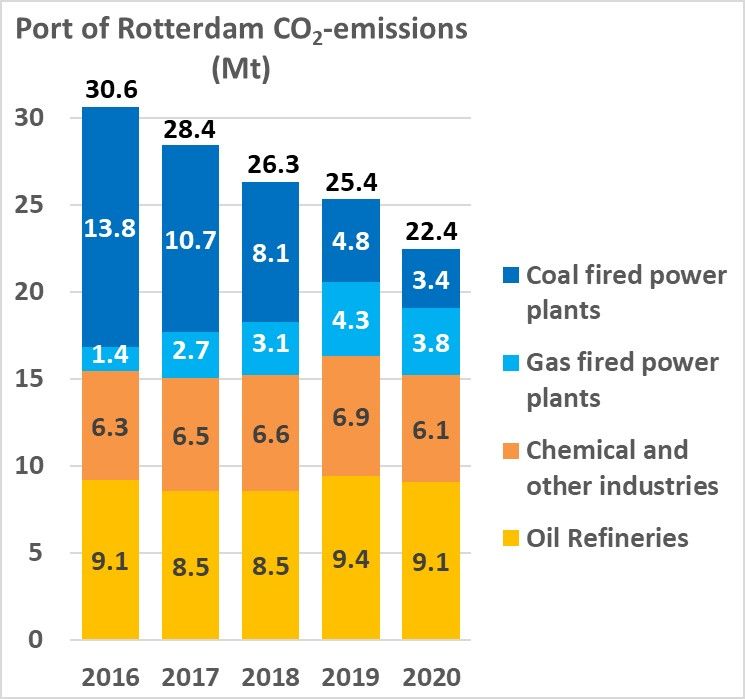 Last year, Rotterdam’s power plants cut their carbon emissions by 1.9 million tonnes (21%) – in percentage terms equivalent to the national figure. While a share of this reduction can be attributed to lower power consumption, this is mainly thanks to a substantial (over 40%), nationwide increase in the generation of electricity from renewable sources (solar, wind and biomass).

One remarkable milestone reached in 2020 was that for the first time in history, Rotterdam’s natural gas-fired power plants actually released more carbon into the atmosphere than their coal-fired counterparts.

The carbon emissions of Rotterdam’s industrial sector fell by 1.1 million tonnes (7%), while industrial emissions nationwide remained at the same level.

These reduced industrial emissions are a consequence of economic contraction over the course of 2020. This slump led to reduced demand for oil and chemical products, forcing local industry to scale back its activities,