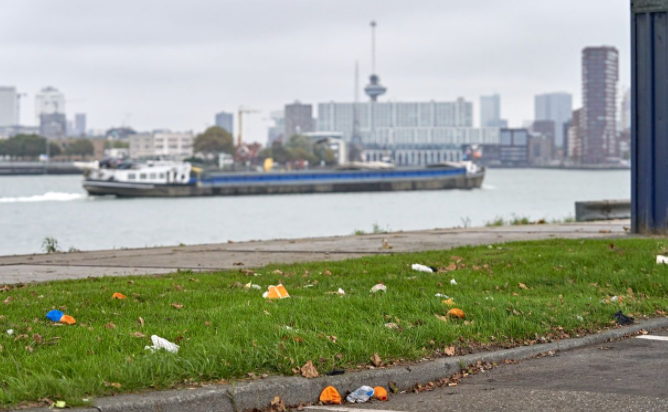 Port of Rotterdam launches campaign to raise awareness against litter

Port of Rotterdam is about to launch a new campaign focused on litter, in an effort to raise awareness among visitors to the port, of the impact pollution can have on shipping, nature and the overall surroundings.

According to the port, every year there are collected over 1,300 tonnes of waste from sites on land, equivalent to some 43 trucks filled to capacity. In fact, nearly a quarter of this volume is litter.

In addition, the Port Authority retrieves another 100 tonnes of waste from the water.

Litter causes a lot of damage. Not only to nature and the environment, but also to shipping. Garbage wraps itself around ships’ propellers and animals get tangled up in it. Birds and marine animals that live in the port – seals, for example – mistake floating refuse for food, which means it ends up in their stomachs.

In light of the above, the port authority goals to encourage people to discard their waste in the public bins that have been set up for this purpose.

The "Clean port, clean ocean" campaign is in line with the Port Authority’s policy focused on the sustainable development of Rotterdam’s port and industrial area. Ultimately, these efforts are intended to result in a truly clean port.

The primary target audience of the project are visitors to the port and businesses located in the port area. To raise awareness of this new drive, the Port Authority will be putting up banners and posters with the slogan "Clean port, clean ocean".

What is more, the port plans to draw attention to this issue by posting relevant facts about litter via different social media channels.

At the same time, it will expand this campaign further in the spring, when Rotterdam traditionally welcomes a fresh influx of tourists, day trippers and pleasure craft.

Through this drive, the Port Authority wishes to call on other parties in the port area – be they visitors or local businesses – to join in and help clean up the port by throwing their waste into a bin during their visit to the port, and by spreading the message.