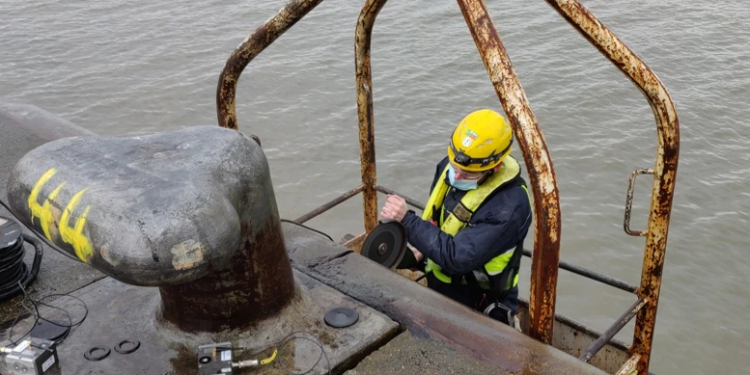 Following Port of Rotterdam’s installation of smart bollard at the quay of the Hutchison Ports ECT Delta terminal, Port of Antwerp successfully set smart bollards with sensors in order to boost safety at the quay walls.

In fact, Port of Antwerp and technology company Zensor joined their efforts to increase safety at the quay walls, by developing the Bollard Monitor, a digital sensor that measures the tension on a bollard.

As explained, the first five Bollard Monitors have been installed at the North Sea Terminal, while five more are planned shortly.

“Zensor makes the bollards at the port of Antwerp intelligent. Instead of on-site checks, the sensors will automatically and immediately indicate when the bolt connections of bollards are being overloaded. The technical services at the Antwerp Port Authority can view the actual load on the bollards live via the online Zensor platform. The system will send out an alert if a bolt comes loose. This is not only much more efficient for maintenance, it also increases safety”.

According to the port, the Bollard Monitor consists of two built-in sensors, which measure the tension and tension fluctuations on the mounting system.

Namely, every 15 minutes, the system sends the information, which is permanently recorded, via a wireless connection and visualises it via a dashboard. This data will help the operational department to optimise the preventative maintenance of the bollards.

“As part of our vision to lay a digital nervous system over the physical port, we have installed sensors on a number of bollards. With this, we want to measure the impact of large pulls, which will help us to plan maintenance more efficiently”.