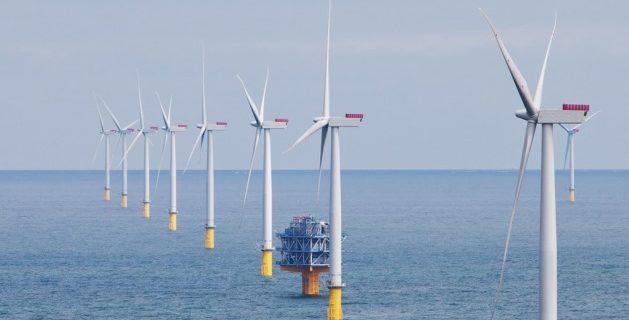 The new Centre for Doctoral Training is led by Strathclyde  University and aims to train researches to PhD level in wind and marine energy. Funded by the Engineering and Physical Sciences Research Council (EPSRC) after a winning proposal was submitted by the University, a total of 70 researchers will be employed for four years of training and research.

Mainly, the CDT is placed amongst 75 announced nationwide by UK Research and Innovation, which is part of the EPSRC, and Strathclyde has secured more than £6 million of research funding for the new centre.

This new centre joins together two successful CDTs – Wind and Marine Engineering and Renewable Energy Marine Structures - along with their industrial partners.

The centre has already trained up to 130 researchers in offshore renewable energy.

The objective of the centre is to:

According to the professor the graduates will be future leaders of the offshore industry and will help the Government achieve its goal of carbon reduction targets for 2050.

This will help ensure that the UK remains at the forefront of this vitally important sector.

Additionally, 30 among the researchers have been funded by the three universities and the centre’s industry partners, while the remaining 40 will be funded by the EPSRC over an eight year period.

Siemens Gamesa Renewable Energy (SGRE) will co-fund two PhD fellowships each year from 2019 to 2023, with the recipients completing their PhDs in areas closely aligned to its research priorities.

Professor Feargal Brennan, the centre’s co-director, reported that the funding funding represents the future of the centre as it will have the means and the time to plan ahead.

Also, the candidates will specialize on areas from structures and foundations and their interaction with the marine environment, through to electrical systems and large composite blade structures within an environmentally sensitive, safe and economically competitive ethos.

Concluding, the project is a collaboration between the universities of Strathclyde, Edinburgh and Oxford, which will create a comprehensive, world-leading centre covering all aspects of wind and marine renewable energy, both above and below the water.