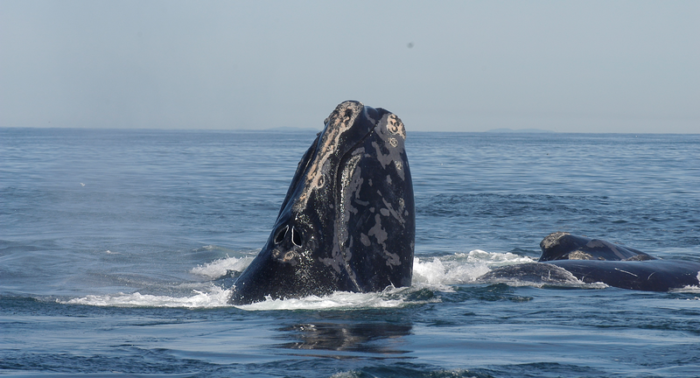 Collisions with ships and entanglements in fishing gear are two of the greatest threats for the highly endangered North Atlantic right whales, Oceana said, launching a new campaign in the US and Canada to address these issues and protect these marine mammals.

Highly endangered North Atlantic right whales are on the verge of extinction, and 7% of the population died in just the past three years. Only around 400 right whales remain. Without aggressive action now, this could be the first large whale to go extinct in the Atlantic Ocean in centuries,

According to data provided by the ocean conservation organization:

The US and Canadian governments must stand united in efforts to protect North Atlantic right whales from collisions with ships and entanglements in fishing gear.

In this respect, Oceana launched a new campaign calling the two states to take the following actions as soon as possible to protect North Atlantic right whales:

The North Atlantic right whale is one of the world’s most endangered species of large whale. It is mostly found exclusively along the East Coast of Canada and the US.

This made both Canada and the US to implement various measures to prevent ship strikes during times when North Atlantic right whales are likely to be present.

Protection of these whales has been high on the agenda of Canadian government, which has introduced several measures to protect them, including slowing down more ships, increasing the zones in which speed restrictions apply, increasing aerial surveillance, and funding for initiatives to enhance marine mammal response.