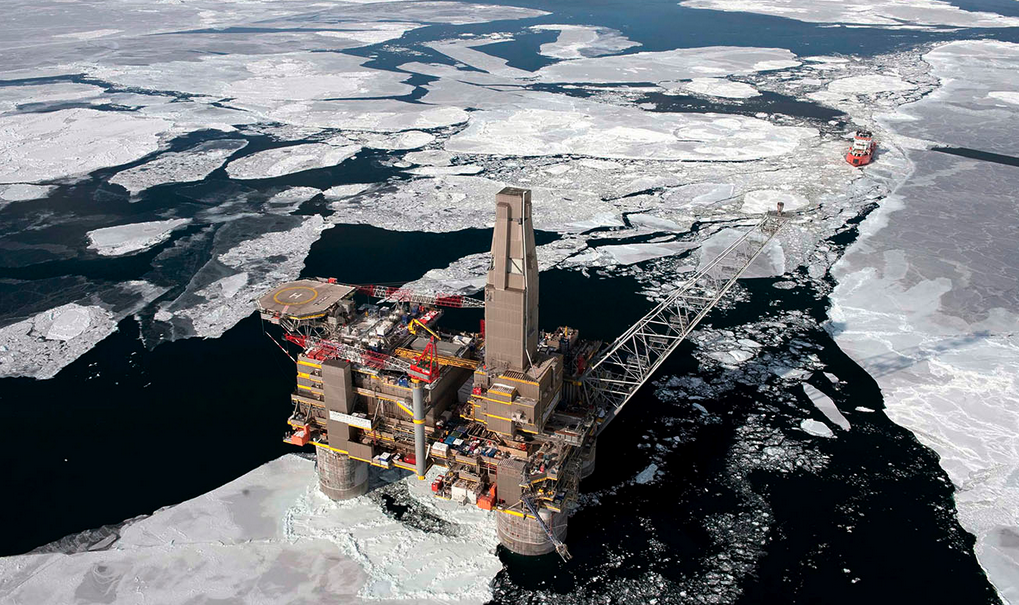 Reuters reports that Norway may restrict oil firms’ access to offshore resources in the Arctic by moving the so-called ice edge, a line that sets a legal limit on the extent to which companies can go north in search of oil.

It is said that the ice edge is a legally drawn boundary that is meant to approximate the constantly changing southern fringe of the permanent ice sheet. Anything north of that legal line is off-limits to oil drilling under Norwegian law.

Instead of redrawing the line further north to reflect the retreating ice sheet- the ruling coalition may move it further south as it responds to political pressure to extend environmental protection of the Arctic.

What is more, the ice cover in the Barents Sea has halved over the past 40 years. Prime Minister Erna Solberg told Reuters in an interview that

The ice cap is moving, it’s been moving upwards ... You can’t measure it every year, so you have to put the line, and have a discussions where that line would have to be.

Recently, Norway's Prime Minister, Erna Solberg, discussed the challenges climate change poses to the transatlantic alliance in the Arctic during the "NATO Engages: Innovating the Alliance" in London. In particular, the Prime Minister talked about the ice cap moving further north and sea routes opening.

Solberg projected the increased economic activity in those areas- especially in respect to fisheries and tourism. Notably, the amount of commercial traffic sailing these waters may multiply, due to ships going into and back out of the Arctic region-  rather than transiting through and across.

Solberg added that greater maritime access in the region may only experience limited increase in transitory commercial shipping activity, in the form of ships sailing between Europe and the Pacific, partly due to financial payments when transiting Russian waters; such costs can include fees for insurance or escort by icebreaking ships.

Reuter now reports that the centre-right minority government has been reviewing the ice edge boundary and is due to present its new demarcation line to parliament in April.

What is more, it is said that it has already received recommendations from an advisory group of Norwegian research institutions and state agencies, which have presented two options.

One would be to draw the line where the sea ice appeared at least 30% of the time in April, which constitutes the peak month for the Arctic ice sheet in the Barents Sea between 1988 and 2017.

The other option is to draw the line at where sea ice probability is only 0.5%, to protect the Arctic environment. This would place the line further south and would be problematic for oil and gas companies, which is Norway’s biggest industry- affecting at least eight oil exploration licenses operated by Equinor; Aker BP and Spirit Energy; and majority owned by Britain’s Centrica.

The NOG is further proposing a third option; to use a “dynamic” ice edge definition, meaning that the line would move along with observable sea ice, and is not set as “a static and politically determined line on the map”.

It is noted that waters close to the ice sheet are important feeding grounds for many Arctic species, from tiny zooplankton to polar bears and whales. At the same time, the Barents Sea may contain two-thirds of the oil and gas yet to be discovered off Norway, according to Norwegian official estimates.