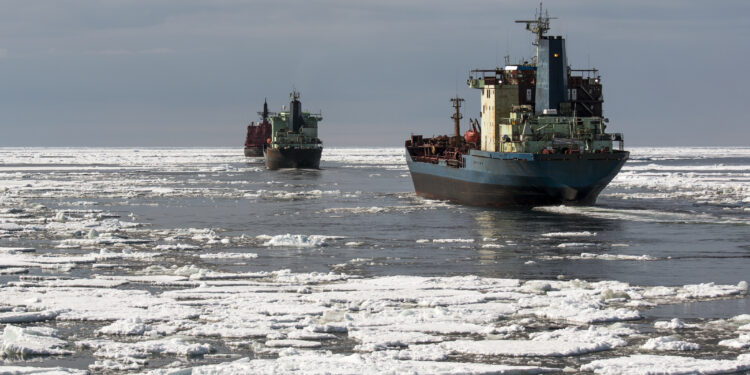 Dr Sian Prior, Lead Advisor to the Clean Arctic Alliance highlighted that ”member states must now bring forward concrete proposals for a black carbon regulation for the IMO’s pollution prevention and response sub-committee meeting which meets in April 2023, in order to rapidly reduce the impact of black carbon emissions on the Arctic”

Shipping’s climate impact must halve by 2030 if global heating is to be kept below the Paris Agreement’s limit of 1.5 degrees, and action on black carbon is essential if the industry is to reach this objective 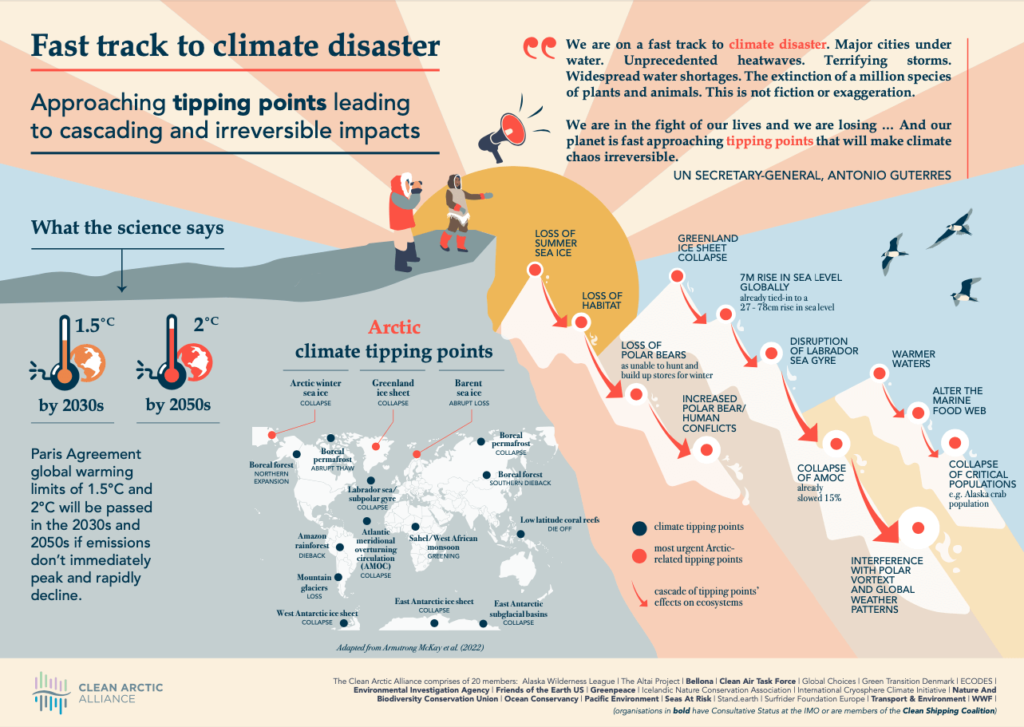 The agenda of MEPC 79 addressed several issues. With regards to the Artic, the following mandatory instruments were also adopted, entering force 1 May 2024:

− Amendments to MARPOL Annex VI (Regional reception facilities within Arctic waters, information to be included in the bunker delivery note (BDN) and information to be submitted to the IMO Ship Fuel Oil Consumption Database).

Specifically, the Committee received several submissions highlighting the commitment made by the Committee during MEPC62 to address the impact of Black Carbon emissions on the Arctic, and that measures taken so far, such as the ban on heavy fuel oil in Arctic waters, have not provided any effective Black Carbon control measures. The submissions provided an outline for a path to reducing Black Carbon emissions by introducing amendments to MARPOL Annex VI which would mandate the use of marine distillate fuel or other cleaner alternative fuels or methods of propulsion on board ships operating in the Arctic.

“The Clean Arctic Alliance welcomes the support by several IMO member states for a mandatory regulation on black carbon emissions impacting the Arctic, and the decision to forward our proposal for a new black carbon regulation to the Pollution Prevention and Response (PPR 10) sub-committee for further consideration in April 2023”, said Prior.

A paper by Clean Arctic Alliance members considered during MEPC 79 sets out a possible black carbon regulation – by introducing a new regulation in the MARPOL Convention Annex VI Chapter 3 which would require ships to only use distillate or other cleaner fuels or forms of propulsion in and near to the Arctic.

It is now imperative that IMO member states bring forward a concrete proposal for reducing black carbon emissions at PPR10. The IMO has spent over a decade talking about the impact of ships’ black carbon emissions on the Arctic – the IMO and its members must now agree on, and take action if we are to have any hope of slashing shipping’s contribution to the climate disaster unfolding in the Arctic

When black carbon, a potent climate forcing pollutant with an impact over three thousand times that of CO2 and responsible for around 20% of shipping’s climate impact (on a 20 year basis), is emitted from the exhausts of ships burning fuel such as heavy fuel oil (HFO) and settles onto snow and ice, it accelerates melting and the loss of reflectivity – the albedo effect – which creates a feedback loop that further exacerbates local and global heating.

With regards to scrubbers and discharges of wastewater into the oceans, the NGO expressed disappointment that IMO achieved no progress towards banning the use of scrubbers in sensitive areas such as the Arctic. 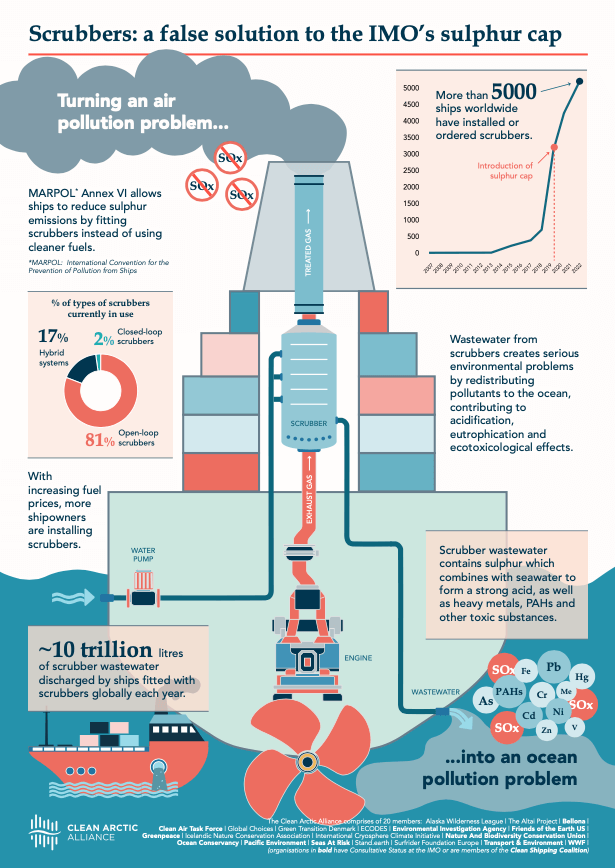 Furthermore, during MEPC 79 IMO member states did not support a proposal from the Clean Arctic Alliance to strengthen the Arctic heavy fuel oil (HFO) ban by removing the ability for Arctic coastal countries to issue waivers to their flagged ships. However, many Arctic states were openly expressing the need to strengthen the ban and close the loopholes.

If heavy fuel oil is spilled in cold polar waters, it is likely to break down very slowly, and prove almost impossible to clean up. A HFO spill would have long-term devastating effects on Arctic indigenous communities, livelihoods and the marine ecosystems they depend upon. As sea ice melts and opens up Arctic waters further, even larger non-Arctic state flagged vessels running on HFO may divert to Arctic waters in search of shorter journey times, greatly increasing the risks of HFO spills.