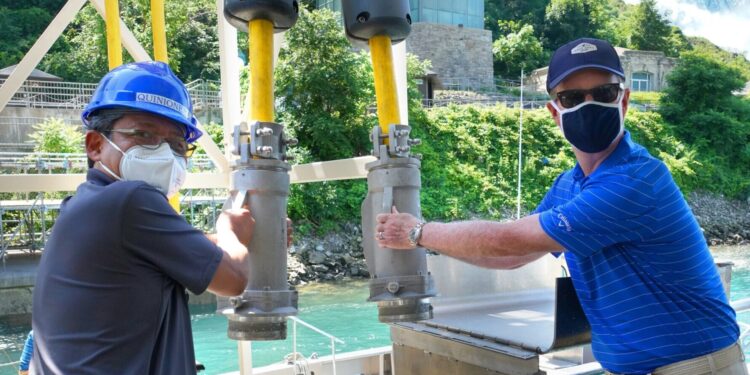 New York Power Authority announced the launch of “Green Boats”, a program which goals to advance the electrification of tour and charter boats operating on the New York State Canal system.

Through the Reimagine the Canals initiative, the New York Power Authority and New York State Canal Corporation are creating an incentive program to support the conversion of fossil fuel-powered vessels of qualifying tour, rental, and charter boat operators on the Canal system to electric propulsion.

To attract interest in such a program, the New York Power Authority recently released a Request for Expressions of Interest (“RFEI”) and successfully implemented a pilot project with Erie Canal Adventures in Macedon, Wayne County, by converting one of the company’s 42-foot charter boats from diesel to electric power.

"We are proud to offer this incentive program that works toward a future that is cleaner and greener and one that will ultimately benefit not only vessel operators and tourists, but also the thousands of people that live in canalside communities".
-NYPA CEO @GQEnergy pic.twitter.com/4nkgBjTT2x

“New York is leading the nation in the fight against climate change, and this innovative new program goes hand-in-hand with our statewide efforts to lower emissions and encourage the adoption of electric vehicle technology,” Governor Hochul said. “Green Boats will show that electrification is an achievable and realistic goal while simultaneously improving the experience for the operators and thousands of tourists that board these vessels each year on the Canal system. This program will reduce pollution in New York’s air and water and keep an important industry afloat.”

The upfront cost of converting watercraft to electric motors and batteries remains the single largest obstacle to widespread adoption of clean energy technologies along the Canal system. The “Green Boats” program offers targeted investment and incentives to offset those initial capital costs, accelerating electrification efforts and encouraging decision-making that simultaneously benefits business and environmental interests. Funding amounts will vary depending on the scope of work and the number of vessels per applicant.

The “Green Boats” program will improve the experience along the Canal system by eliminating the noise, pollution and smell caused by vessels’ fossil fuel combustion and align with New York State’s commitment to reduce statewide greenhouse gas emissions to 40 percent of 1990 levels by 2030 and 85 percent by 2050.

NYPA President and CEO Gil C. Quiniones said, “We are proud to offer this incentive program that works toward a future that is cleaner and greener and one that will ultimately benefit not only vessel operators and tourists, but also the thousands of people that live in canalside communities. Our investments will demonstrate that electrification is easily within reach and will help galvanize both boat operators and local governments alike to fully commit to the electrification of watercraft in the coming years.”

Under the pilot with Erie Canal Adventures, the existing diesel engine of the 42-foot tour boat was replaced with an electric motor supplied by Elco Motor Yachts, an Athens, New York-based manufacturer. The defining features of the tour boat were preserved during the diesel to electric conversion process. Given the pilot’s success, Erie Canal Adventures is now considering converting its entire fossil fuel-powered fleet to all electric power.

New York State Canal Corporation Director Brian U. Stratton said, “This program serves the values at the core of the Reimagine the Canals initiative, bringing new technology and a future of brighter possibilities together with the historic beauty and infrastructure of the Canal system. We look forward to helping boat operators reduce their emissions while making their businesses more environmentally and financially sustainable. This program also helps New York reach the Governor’s ambitious goals for statewide emissions reductions.”

Erie Canal Adventures President Brian Keenan said, “The Green Boats program is a groundbreaking, first-of-its-kind project that will set New York State apart and launch Erie Canal recreation into a sustainable, eco-friendly future. This is a great opportunity to keep the history of the Erie Canal alive while rethinking how we operate on the waterway in a new sustainable manner that meets the needs of today. It’s a win for the Erie Canal, for the environment and for our State as a whole.”

The use of electric propulsion technologies has tangible environmental and financial benefits, although it often involves higher upfront costs than fossil fuel alternatives. NYPA’s support through this “Green Boats” program would help operators on the Canals access the benefits of going electric, which include: