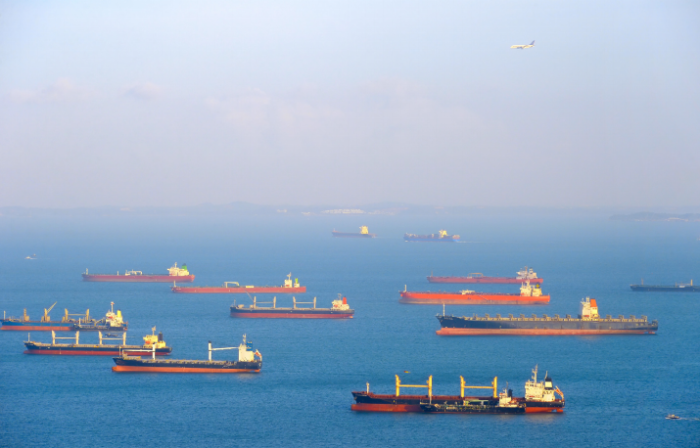 The International Transport Forum (ITF) published a report providing an overview of direct and indirect subsidies available to maritime transport in OECD countries. The report analyzes if they provide value for taxpayers’ money and offers suggestions on how policy makers can improve the effectiveness of maritime subsidies.

What the report found

Maritime subsidies are related to support for national flags, seafarer employment, the competitiveness of maritime clusters, promoting high quality standards and maintaining maritime connectivity. They can take the form of budgetary expenditures, tax expenditures and transfers of financial risk to governments.

According to the report, at least EUR 3 billion per year is spent on just three maritime subsidies in OECD countries:

Systemic gaps in the data mean the picture on the monetary value of maritime subsidies is not fully complete. Subsidies granted by EU Member States are subject to control by the European Commission when they fall under the legal definition of State aid.

Tonnage tax is one of the key maritime subsidies. This is believed to be an implicit subsidy, as the shipping-specific tax, based on the tonnage of a ship, replaces regular corporate income tax. The result is a more favourable tax treatment. The average spending on tonnage taxes in OECD countries has been about EUR 1 billion per year since 2000.

The aim of these maritime subsidies has been expanded in recent decades. Subsidy conditions are now more generous and the range of activities covered has been enlarged. Exemption from taxation of ship fuels is a second important maritime subsidy. It amounted for about EUR 1 billion in 2016 for domestic shipping alone in OECD countries.

The nature of the maritime subsidies currently in place is defensive, instead of strategic, and they have grown in reaction to two developments:

As a result, maritime subsidy schemes often contain the notion of tonnage taxes in order to level the playing field for the shipping industry of developed countries in competition with flags of convenience.

The European Commission has established EU Maritime State aid Guidelines to prevent fiscal competition between Member States. These guidelines have clarified which state aid could be introduced by Member States to promote the maritime transport interests of the EU in their competition with non-EU shipping registries, but would need updating.

Impact studies do not find much evidence of the effectiveness of maritime subsidies in achieving their stated aims. Local flags and seafarer employment within the EU have in fact declined. Short sea shipping connections in the EU are still fairly limited. However, maritime subsidies might have increased theliquidity of shipping companies, allowing some of them to renew or expand their fleets

This has caused increased overcapacity, with being mainly ordered in Asian shipyards. The resulting cargo peaks, grown ship sizes and subsequent consolidation of container shipping lines have had mixed impacts on ports and shore-based employment.

What is more, OECD countries are spending increasing amounts of money on keeping national shipping industries. The evidence indicates that there are few benefits for the broader national economy in retaining nationally flagged vessels, however. However, there is room for redesigning subsidies, in order to contribute more efficiently to wider public policy goals.

This could regard the decarbonisation of transport, and reducing congestion and urban pollution. Additionally, more focus would be necessary to achieve broader international agreement on common rules to wind back harmful tax and subsidy competition. It also requires changing the focus to subsidies that are explicitly tied to the achievement of more tangible policy goals and subjected to rigorous verification.

Maritime subsidies can often have numerous goals. The most effective subsidies target clear and precise goals. Objectives should be created to enable a quantified evaluation of their effectiveness. Certain strategic goals could be done more efficiently with more targeted instruments, instead of generic instruments, like a tonnage tax. The EU Energy Tax Directive states that maritime fuels should be excluded from taxation, albeit Member States may limit the scope of this exemption. This does not align well with EU policy on decarbonising transport and should be reconsidered, the report says.

The majority of maritime subsidies are granted with only few conditions attached. An exception is UK's tonnage tax scheme, which includes a training requirement. Norway's and Portugal's tonnage taxes are more beneficial to cleaner ships. If they remain, general maritime subsidies such as tonnage taxes must be clearly connected to the achievement of identified policy goals, as in these UK, Norwegian and Portuguese examples. This could take the form of a stricter link between the subsidies and flying a European Union/European Economic Area (EU/EEA) flag and using seafarers, especially when the ship is operating mainly in European waters.

Some subsidy schemes have evolved in such ways that impact markets. Many tonnage tax schemes also include profits from terminal operations. This benefits vertically integrated shipping firms that compete with independent terminal operators, ship operators and freight forwarders that do not have similar tax benefits. Relevant regulations, like the EU Maritime State aid Guidelines, should be amended to prevent market distortions and facilitate the activities eligible for favourable tax treatment under tonnage tax schemes.

More transparency could increase the effectiveness of maritime subsidies. EU countries are subject to reporting requirements on maritime subsidies, but these seem to be loosely respected by Member States. The report urges that the European Commission must make clear that future maritime State aid will only be granted under the condition of receiving impact reports that will be made public.

An obligation to report on the usage and quantified impact of maritime subsidies could help find ways to make subsidies more effective. Governments should release reliable, harmonised maritime employment data along the lines of data published by the European Maritime Safety Agency. Transparency around maritime subsidies in non-EU countries could be improved along similar lines

You may see more information in the following PDF 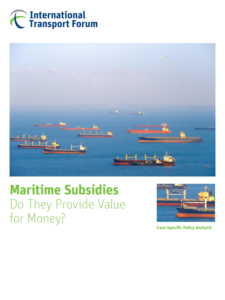