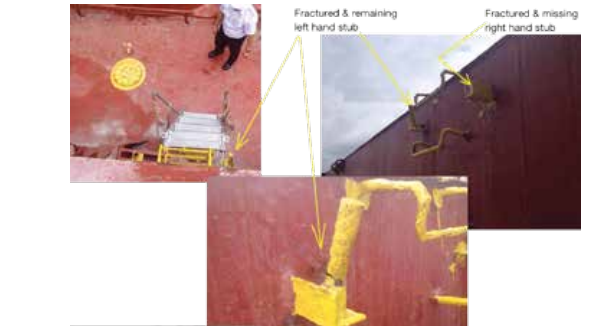 In certain jurisdictions the use of helicopters to transport pilots to and from the vessel is becoming the norm. The Nautical Institute has issued its Mars Report referring to lessons learned from dangerous helicopter transfer arrangement.

It has been observed that there is a lack of standard safe access between the landing hatch and the main deck of the ship, the vertical drop/climb often being many metres. For example, instances have been encountered where there are no proper handholds, and no arrangements to fit stanchions on the hatch top or hatch side to allow for safe handholds. In these cases, the
pilot must slide to the hatch edge in a sitting position and try to find the first foot rung on the coaming side. Not an easy task in any circumstance, and certainly not when the hatch lid is wet and the vessel is rolling.In instances where handholds and stanchions are fitted, other deficiencies have been noted.

Recently, while the pilot was holding the stanchions to descend a hatch coaming, both the stanchions and the stub posts into which they were fitted gave way due to severe corrosion (see below). The pilot fell backwards to the deck some 2.5 metres below. His ‘flying helmet’ probably saved him suffering extensive head injuries when his head hit the deck.