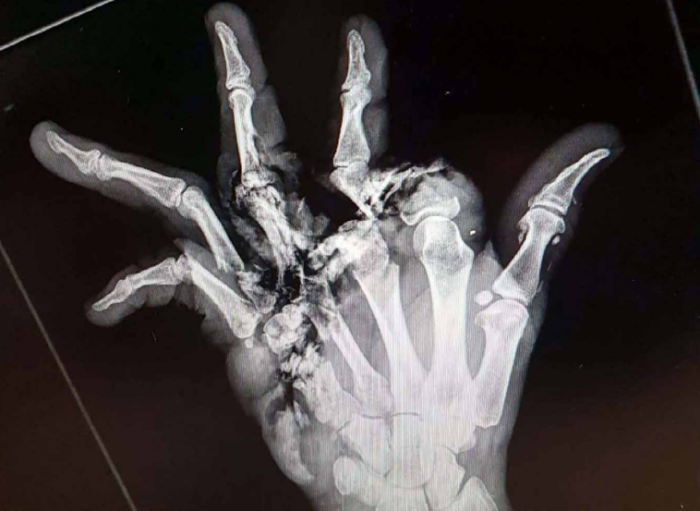 Lessons Learned: Understand the situation prior to taking action when in panic

In its latest Safety Digest, UK MAIB focuses on an incident where a crewmember on a fishing trawler had their hand stuck on the flaking machine’s rack and pinion arrangement; While the other deckhand tried to help, they panicked causing a more serious injury to the crewmember.

During poor weather conditions, an 18m gill-netter was moving to new fishing grounds. In the beginning of the journey, two deckhands were in the aft compartment using a ‘net flaking’ machine to take the twists out of the net, clear the weed and arrange the net into a bin ready for shooting.

Although the aft compartment was designed to allow the nets to be flaked into the bins by one person using the machine with a wired remote control, on this occasion an off-duty deckhand had gone to help.

As the boat rolled in the swell, one of the deckhands reached to the deckhead above with his left hand to keep steady; Yet, he caught hold of the flaking machine’s rack and pinion arrangement just as the other deckhand operated the machine’s remote control. 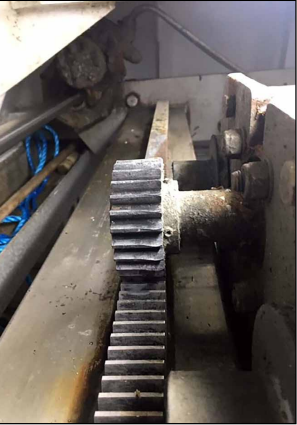 The other crew when heard the shouting rushed to help. Once freed from the rack and pinion the injured fisherman was moved into the accommodation, where his glove was cut off and the skipper was able to see that four fingers on the crewman’s left hand were partially severed.

The injured crew was transmitted by a helicopter to a hospital where an Xray revealed the injuries.

Fortunately, largely due to the first-aid treatment that had been given to the casualty by his crew mates on board, the hospital staff were able to save three of his partially severed fingers.