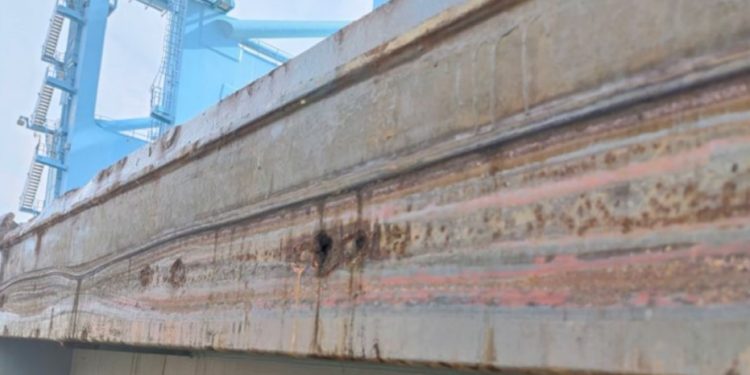 In its most recent loss prevention series “Good Catch”, the American Club provides lessons learned from a vessel carrying containers had several holes in their hatch covers due to corrosion.

A vessel carrying containers had several holes in their hatch covers due to corrosion. When the vessel arrived, they discovered that one cargo hold had 12-14 inches (30-35 cm) of water at the aft end of the hold. Sixteen containers had water ingress.

The water ingress into the cargo holds was worse than experienced on previous voyages. The vessel had encountered several days of heavy rain and high seas during their transit. But it was also raining heavily while the containers were being loaded. Thus, the source of the water could not be positively determined but it was likely from a combination of both sources.

The damage to the cargo in the containers exceeded $675,000. Additionally, several of the containers had to scrapped at a cost of $21,000 each. Repairs to the bilge level alarms only cost $175.