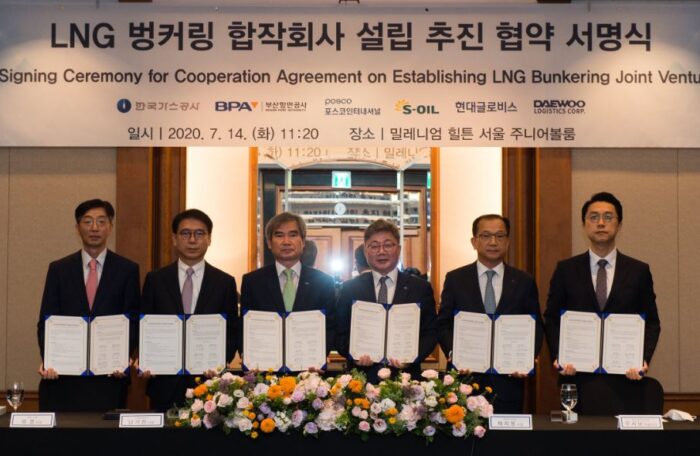 The partners inked a collaboration deal and plan to establish the venture by October, according to LNG buying giant Kogas.

The aim is to promote LNG bunkering business across the country and to respond to stricter regulations on shipping emissions.

Also, Kogas aims to supply 1.36 million tons of LNG for ships and achieve sales of about 1 trillion won ($830 million) by 2030. The Korean company plans two LNG bunkering ships in the East Sea and the South Sea, and one vessel in the West Sea.

The LNG plans include one LNG shipping facility in Dangjin.