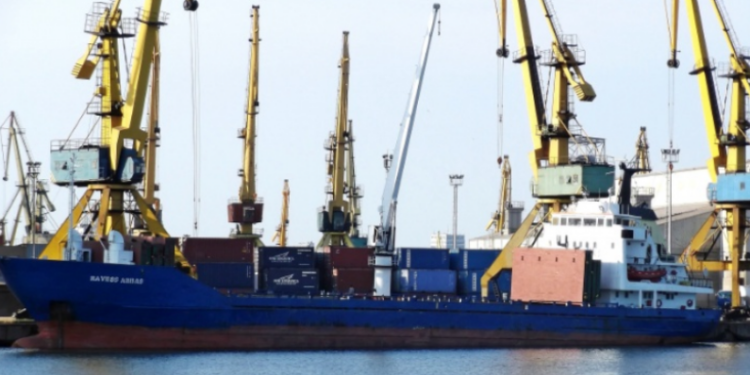 Eleven seafarers trapped aboard the Haj Abdulla are at extreme risk, with the ship taking on water off Mogadishu, Somalia, ITF informed.

The International Transport Workers’ Federation (ITF) has implored the authorities to give the ship emergency access to the port but so far to no avail. This means the ship cannot be made safe, and the crew cannot get off.

As explained, the 44-year-old bulk cargo vessel developed cracks under the water line as it was sailing a cargo of sulphur from Al Hamrya, Dubai to Dar es Salaam, Tanzania.

On 13 August 2021, the Haj Abdulla called in at Mogadishu (known locally as Xamar or Hamar), where the crew was hoping to get the vessel checked and to replenish supplies. But the port authorities would not allow the ship in to the harbour and insisted it remain anchored off the coast. The crew has been there ever since.

The seafarers have been pumping out water day and night to keep her afloat. Food and water will run out in a day or so. The international community still considers the coast off Somali to be at high risk of piracy. The crew is in an extremely perilous situation.

…said Mohamed Arrachedi, Arab World and Iran Network Coordinator for the ITF, who has been trying to get the owners and port authorities to see reason.

What is more, the owners are not responding to ITF Inspectorate enquries and although the ship’s flag state, Sierra Leone, says it is investigating, it has taken no practical measures to improve the safety of the ship or secure provisions or wages for the crew.

According to the Maritime Labour Convention, the international law on seafarers’ rights, the crew have been abandoned. Only the port State of Somalia can free the seafarers from their dangerous, sinking prison.

The eleven crew members of the Haj Abdulla have now been unpaid for between four and six months. Many have gone past the end of their contracts. They all just want to go home.