Infographic: Progress of EU and non-EU countries in IUU fishing

The European Union published an infographic, providing information of the Illegal, Unreported and Undocumented (IUU) fishing, which still is on the rise in many countries. Specifically, fishing can be though of as illegal when there’s no authorization, when it is against conservation and management measures by RFMOs and when it is against national laws and international regulations.

As presented in the Infographic below, fishing is considered as Unreported if:

Whereas, the undocumented fishing has the below features:

The IUU fishing practices worth 10 billion euros annually on a global scale. In addition they hold the 19% of the worldwide reported value of catches.

Also IUU fishing poses great threats to the sustainable fishing and damages to the environment, while also affects socio-economic conditions.

In the meantime, many EU and non-EU states cooperate to protect the fishing industry and promote compliance with International rules. IUU fishing affects legitimate operators who are hit by unfair competition and threatens food security and socio-economic conditions.

In the possibility that a non-EU country faces problems fulfilling international rules, the steps are:

Concluding, according to the EU more than 30 third countries have improved their systems to fight IUU. 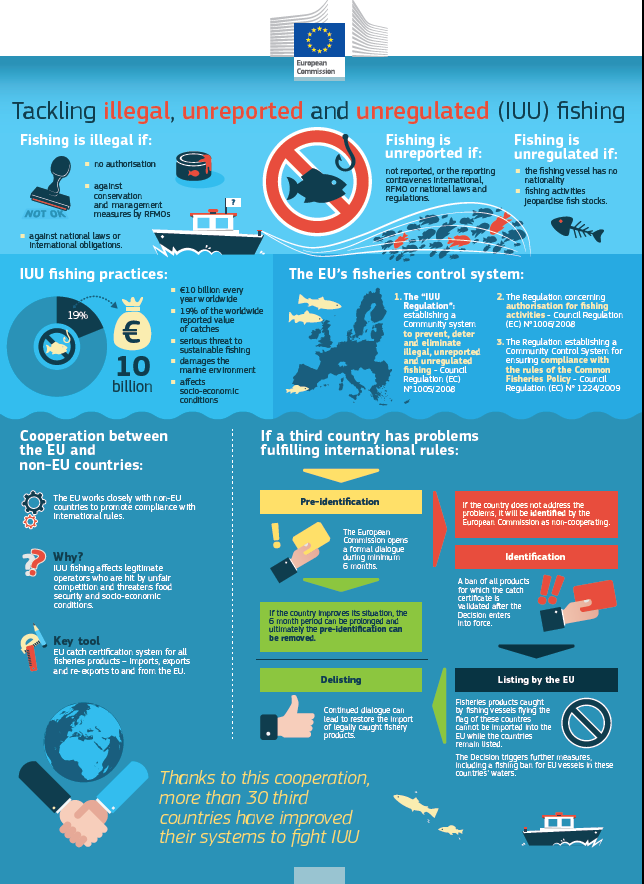