by The Editorial Team
in Green Shipping, Seafarers 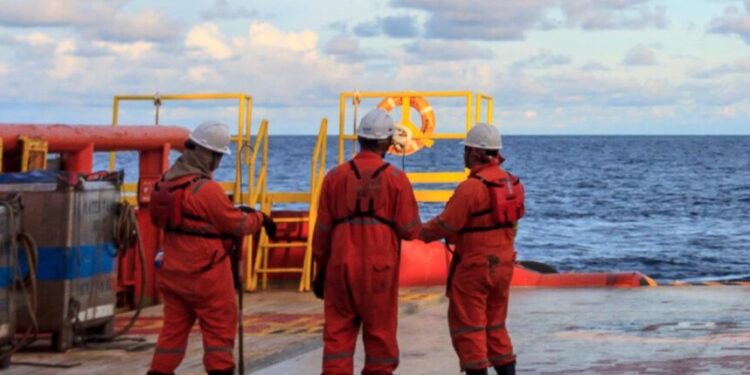 A recent report concluded that an inability to attract and retain seafarers can pose a significant challenge to the maritime industry’s transition.

As DNV explained, both the interviews and the literature review underscored that attracting and retaining seafarers will be a challenge when it comes to implementing new onboard decarbonization-related technologies.

This challenge may be further exacerbated in the future as other industries will also be competing for the competencies the future seafarer will require, such as digital skills or a STEM background

Indeed, a study conducted by Menon anticipates increasing competition to recruit relevant personnel, in particular personnel with digital and technological competence. Against this backdrop, the EU SkillSea study comments that shipping’s employment problem is that it is seen as lowtech compared with sectors such as the aviation, automotive and technology industries.

Many interviewees further pointed out that recent global crises have resulted in a higher turnover of seafarers globally. The backlog from this turnover may dog the industry for years to come and may put additional pressure on Ship Operators, training centres and seafarers in the short-term during the transition to alternative fuels.

In addition, finding and retaining suitable candidates was considered a challenge by many of those interviewed, with many asserting that the recruitment of seafarers (especially officers) will remain a challenge in the coming years.

As a matter of fact, many interviewees underscored that the opportunity of pursuing a seafaring career is still relatively unknown to the vast majority of the population in various countries, posing further challenges when it comes to recruitment.

Similar challenges are echoed in the relevant literature. According to a study released by ICS and BIMCO (2021), when recruiting STCW certified seafarers, companies report the highest level of difficulty in recruiting Engineering Officers and Electro-Technical Officers, while advising that it is relatively easier to recruit ratings to work both on deck and in the engine room.

The report highlights a current shortfall of 26,240 STCW-certified officers, indicating that demand for seafarers in 2021 has outpaced supply. The maritime experts interviewed did not foresee a change in labour-supplying countries. However, it was commented that the countries from which crew are currently drawn may need to update their basic training in the coming years to remain competitive in supplying the fleet with competent seafarers.

Some interviewees and workshop participants raised a concern that future digitalization and automation could lead to a reduction in crew numbers aboard ships.

This trend is reflected by the World Maritime University report, commissioned by the International Transport Workers’ Federation (ITF), which highlights that, in the period to 2040, employees in low and medium-skilled jobs in the transport sector face greater prospects of redundancy than their high-skilled peers. Several studies point to a shift in the labour force as new technologies create new types of jobs.

However, a report from the Hamburg School of Business Administration, commissioned by the ICS, concludes that there will be no shortage of jobs for seafarers, especially for officers, in the next decade.

The size of crews may evolve in response to technological changes on board, but there may be a considerable increase in the number of jobs ashore that require seafaring experience. The training of seafarers is seen as crucial to filling new roles and positions.