IMO supports maritime security in the Gulf of Guinea 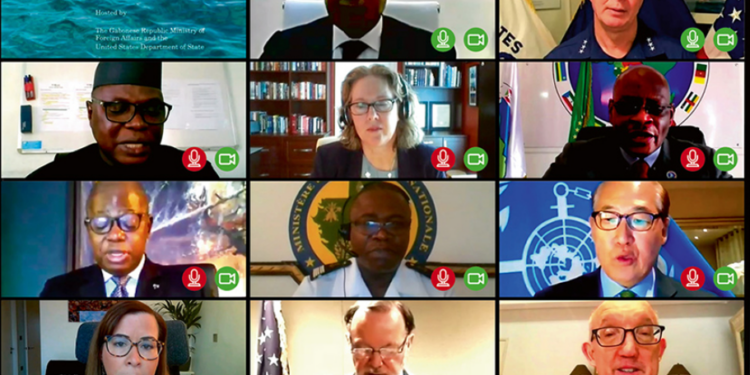 In fact, the online event (23 – 25 June) included discussions on how the Yaoundé Code of Conduct will function going forward.

The Code’s primary objective is to manage and considerably reduce the adverse impacts from piracy, armed robbery against ships and other illicit maritime activities. It was developed with technical support from IMO and adopted in 2013.

The role of civil society organisations and their role in addressing the causes of piracy was highlighted, providing a valuable insight into some of the social, cultural and economic challenges facing the region.

ECSA: Further action is necessary in the Gulf of Guinea

In his opening remarks, IMO Secretary-General Kitack Lim highlighted the urgency of the security situation, stating “now is the time to make real progress. I call upon all stakeholders to display genuine commitment to confront these issues head on”. He also reiterated that IMO would continue to support training and other capacity-building activities for individual Gulf of Guinea states as well as cooperative regional efforts.

The security situation in the Gulf of Guinea remains at the top of IMO’s priorities. International shipping is suffering. Lives of seafarers remain in danger and Piracy is damaging the economy and trade of the region. This situation has continued for too long and these illegal acts must be stopped. As stakeholders we must act now and take the actions necessary to confront these issues head on.

Speaking at the event, IMO’s Gisela Vieira emphasised that IMO is continuing to work with Member States via virtual platforms, despite much of the in-the-field work being on hold due to the COVID-19 pandemic. IMO is fully engaged in facilitating and supporting virtual meetings with the Inter-regional coordination center (ICC) to progress the implementation and to assess the requirement for revision of the Yaoundé Code of Conduct framework.

Concluding, the FoGG was hosted under the Co-Chair of the United Kingdom and Senegal, with participants from G7++ FoGG countries including those in West and Central Africa, international organizations and industry.