by The Editorial Team
in Offshore, Regulation 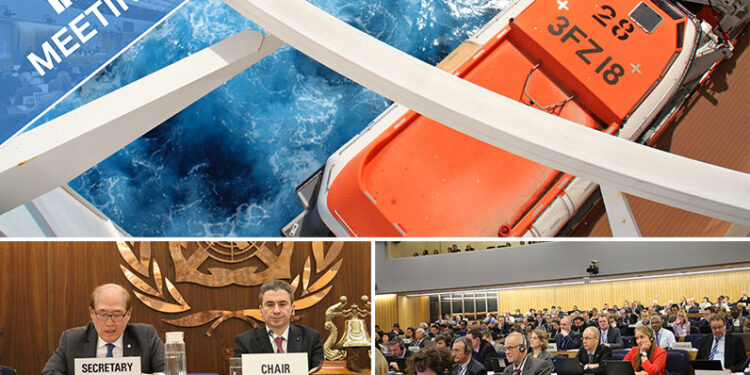 The IMO Sub-Committee on Ship Systems and Equipment (SSE) which started on 2 March, is set to finalize the draft guidelines focused on the safety of offshore power supply to vessels’ operations, while is also working on crew safety matters.

Specifically, the 7th SSE Sub-Committee, was opened by the IMO Secretary-General Kitack Lim and is being chaired by Mr. Umut Senturk (Turkey).

During the meeting, the IMO will address the need for global standards for the process of providing shoreside electrical power to a ship at berth, while its main and auxiliary engines are turned off.

At the same time, passengers and crew safety issues will be discussed. The draft amendments to the Life-Saving Appliance (LSA) Code on ventilation requirements for survival craft and related draft amendments to the Revised recommendation on testing of life-saving appliances, to ensure a habitable environment is maintained in such survival craft, are expected to be finalized as well.

The session will also complete the draft guidelines on how to prevent accidents caused by lifting appliances and anchor handling winches. The guidelines will complement draft SOLAS regulations which are due to be submitted to the Maritime Safety Committee (MSC) for approval and adoption.

Concluding, during the meeting, IMO will pay attention on the fire safety issues and how to avoid such incidents and its negative consequences. The session is expected to develop draft amendments to the SOLAS Convention and associated codes, giving a boost to fire prevention, detection and extinction.