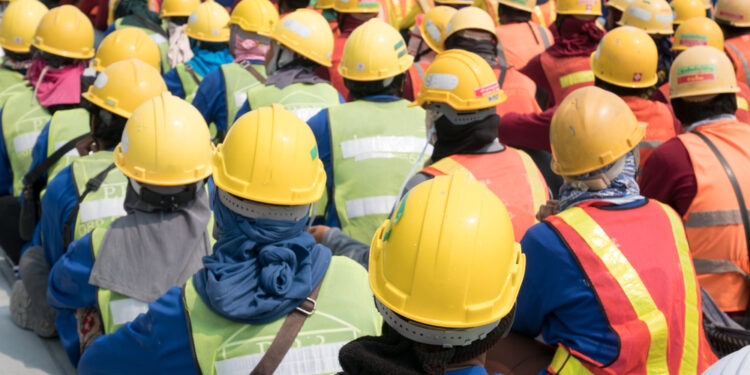 Image Credit: Shutterstock / Above image is being used for illustration purposes only

The IMO Sub-Committee on Human Element, Training and Watchkeeping considered a proposal to prioritize the revision of the IMO model course 1.21 on Personal Safety and Social Responsibilities, with a view to including specific content to establish appropriate maritime workplace behavioural norms and essential human elements of psychological safety.

In this connection, the Sub-Committee recognized that psychological safety, mental health and wellbeing (including sexual assault and sexual harassment (SASH)) are issues of serious concern in the maritime sector that required coordinated action by relevant organizations such as the International Labour Organization (ILO) and IMO.

Therefore, in order to set a robust foundation for measures to address them properly, the Sub-Committee agreed that, in the first instance, relevant requirements for inclusion in the International Convention on Standards of Training, Certification and Watchkeeping for Seafarers (STCW) should be developed, which could be followed by other actions supported by these mandatory requirements, such as the revision of model courses.

The Sub-Committee invited interested Member States and international organizations to submit relevant proposals to the Maritime Safety Committee for consideration and action, as appropriate. Furthermore, the Sub-Committee agreed on the need for a holistic approach and requested the Maritime Safety Committee at its next session (MSC 105 in April 2022) to invite all relevant IMO bodies to assess their respective involvement in the human element within their remit. This represents a very important step towards reviewing and addressing all Human Element related aspects within the Organization in a more structured manner.

The Sub-Committee also agreed on the draft revised checklist for considering and addressing human element issues and associated draft amendments to the Organization and method of work of the Maritime Safety Committee and the Marine Environment Protection Committee and their subsidiary bodies (MSC-MEPC.1/Circ.5/Rev.2) to ensure human element considerations are taken into account in all aspects and stages of the work of the Committees.

The Sub-Committee agreed draft amendments to the International Convention on Standards of Training, Certification and Watchkeeping for Seafarers (STCW), 1978, and related STCW Code, to formalize the use of seafarers’ certificates in electronic form.  The draft amendments to the 1978 STCW Convention, regulations I/1 and I/2, concern the inclusion of a new definition for “original form of any certificate required by the Convention”.

The draft amendments to section A-I/2 of the STCW Code clarify the application in the Code of existing terms and terminologies to the certificates and endorsements that might prevent electronic forms.  Draft guidelines on the use of electronic certificates of seafarers were agreed for approval by the Maritime Safety Committee, in conjunction with the adoption of the aforementioned amendments to the STCW Convention and Code.  The draft amendments and guidelines on electronic certificates are in line with IMO’s effort to integrate new and advancing technologies in its regulatory framework.

Guidance and procedures for STCW Convention

The Sub-Committee considered issues related to the effective implementation of the STCW Convention. The assessment of the challenges relating to implementation has led to the consideration of one of the main obligations for Parties emanating from the Convention: the communication of information.

The development of new streamlined guidance and procedures for the communication of subsequent reports and initial information is currently ongoing, with the aim of helping Parties to discharge their obligations as required by the Convention.

The Sub-Committee made substantial progress in the comprehensive revision of the International Convention on Standards of Training, Certification and Watchkeeping for Fishing Vessel Personnel (STCW-F), 1995, which entered into force in 2012. The Convention is a key pillar among the international instruments addressing fishing vessel safety.

The revised instrument will include a new Code, mirroring the current structure of the 1978 STCW Convention. The review aims to align the standards of the Convention with the current state of the fishing industry, thereby contributing to addressing the significant challenges of this vital sector. Once finalized, the draft revised  Convention and new Code will be referred to the MSC for consideration with a view to adoption.

The application of casualty cases and related lessons learned to the training of seafarers has been identified as a relevant tool to help reduce the human element-related risk and prevent casualties.

The Sub-Committee has been developing guidance for the application of casualty cases and lessons learned to seafarers’ education and training, which was agreed at this session and referred the draft guidance to the Sub-Committee on Implementation of IMO Instruments (III) to complete the links to relevant websites for casualty investigation, including IMO’s GISIS module on marine casualties and incidents (https://gisis.imo.org/Public/MCI/Default.aspx).

The Sub-Committee also endorsed the process for the revision of the following model courses with a view to validation by HTW 10: 1.32 on Operational use of Integrated Bridge Systems Including Integrated Navigational Systems; and 1.35 on Liquefied Petroleum Gas (LPG) Tanker Cargo and Ballast Handling Simulator.

The Sub-Committee considered several proposals aimed at addressing the quality of onboard training, as well as facilitating mandatory seagoing service for the certification of officers in both the deck and engine departments.

In this context, follow-up action will continue intersessionally by correspondence to prepare a workplan to develop measures regarding the assurance of quality of onboard training required by the STCW Convention, including identification of expected goals, effectiveness and consequences of any measures to be adopted; which should be followed by the development of relevant non-mandatory provisions.

Furthermore, information in order to identify the difficulties faced by Member States to implement STCW provisions for mandatory seagoing service will be collated, specifically on actual practices for satisfying these requirements;  and also problems in relation to the identified practices, including possible solutions, classified as short- and long-term measures.