In the last 27 years, the difference in the employment rates for men and women has shrunk by less than two percentage points, according to a recent report by the International Labour Organization (ILO).

The report ‘A Quantum leap for gender equality: For a better future of work for all’ was published for International Women’s Day on 8 March, as the culmination of five years of work under the ILO’s Women at Work Centenary Initiative.

There is also a ‘motherhood leadership penalty’: only 25% of managers with children under six years of age are women. Women’s share rises to 31% for managers without young children.

The gender pay gap remains at an average of 20% globally. Mothers experience a ‘motherhood wage penalty’ that compounds across their working life, while fathers enjoy a wage premium.

A number of factors are blocking equality in employment, and the one playing the largest role is caregiving. In the last 20 years, the amount of time women spent on unpaid care and domestic work has hardly fallen, and men’s has increased by just eight minutes a day. At this pace of change it will take more than 200 years to achieve equality in time spent in unpaid care work, 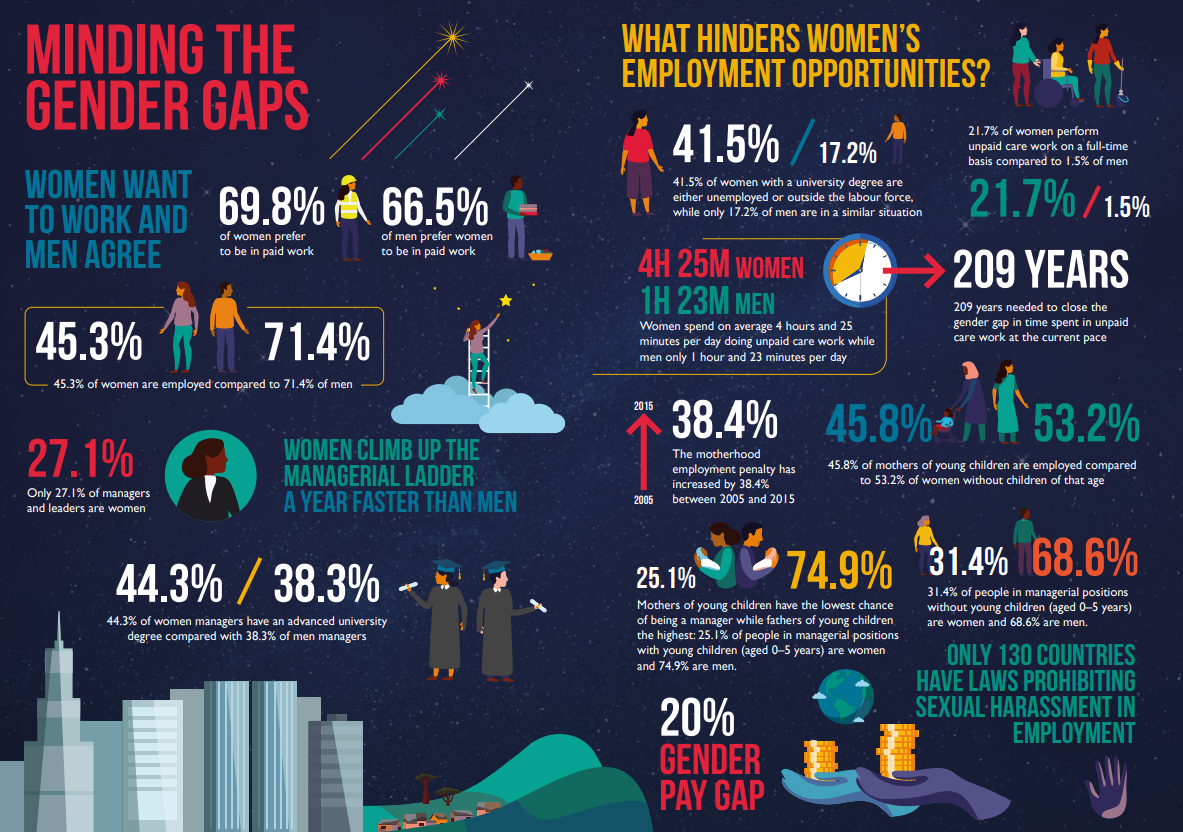 With the wide-ranging global transformations underway – technological, demographic and climate change – the report calls for greater efforts to engage and support women through work transitions. Increasing women’s voice and representation will also be essential to ensure all the other paths are truly effective.

Shipping in particular has been a male-dominated industry since its early years. Fear of harassment as well as gender pay gap is the top of the iceberg along other factors keeping women away from shipping careers. According to HR Consulting, the difference in the average salary of men and women in shipping was 45% in 2017.

We will not get the future of work with social justice we need unless we accelerate action to improve progress on gender equality at work. We already know what needs to be done. We need to implement a transformative agenda that includes enforcement of laws and regulations – perhaps we may even need to revisit those laws and regulations – backed by investment in services that level the playing field for women, such as care and social protection, and a more flexible approach to both working hours and working careers. And there is the persistent attitudinal challenge of attitudes to women joining the workforce and their place in it, 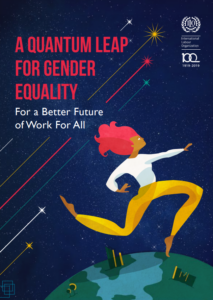